Cinnamon & Tomo watch the skies -- by Casandra by Rooth 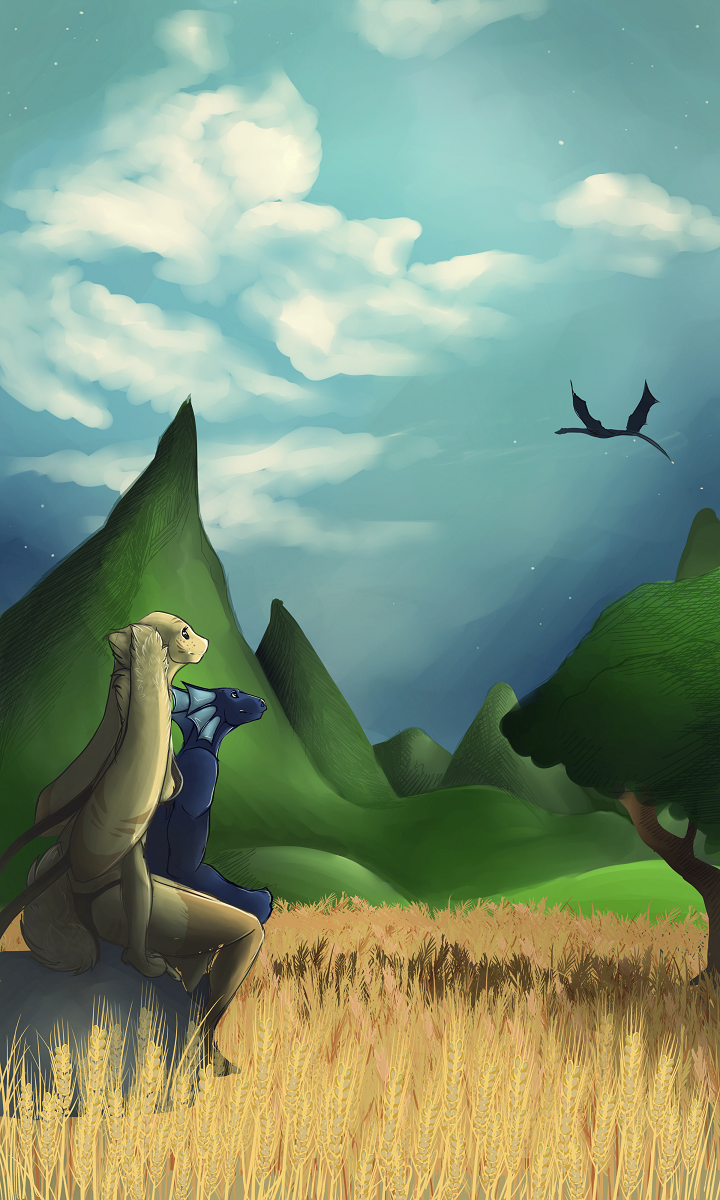 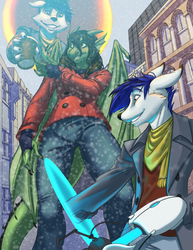 casandra (http://www.furaffinity.net/user/casandra) was one of those pleasantly random discoveries early this year. I commissioned her for two pieces, and gave her freedom of character choice and setting. This one quickly precipitated out, as did the next submission I'll be posting shortly.

Here we have an anachronistic scene -- or at least, far off in the future of these characters. I can't imagine why Cinnamon and Tomo would ever share the same space, as neither of them have the means to get to the other's world at this point. Tomo is from a D&D world, so the glue would have to be Aram. Hmmm.

Anyhow, it was a very pretty scene she described, so I didn't care about the anachronism of it. :) So here they are, in the hills, watching a dragon fly by. Looks very serene and comforting. I kinda want to be there watching with them. >:^) Wonder who that dragon is in the distance... is it a good one?