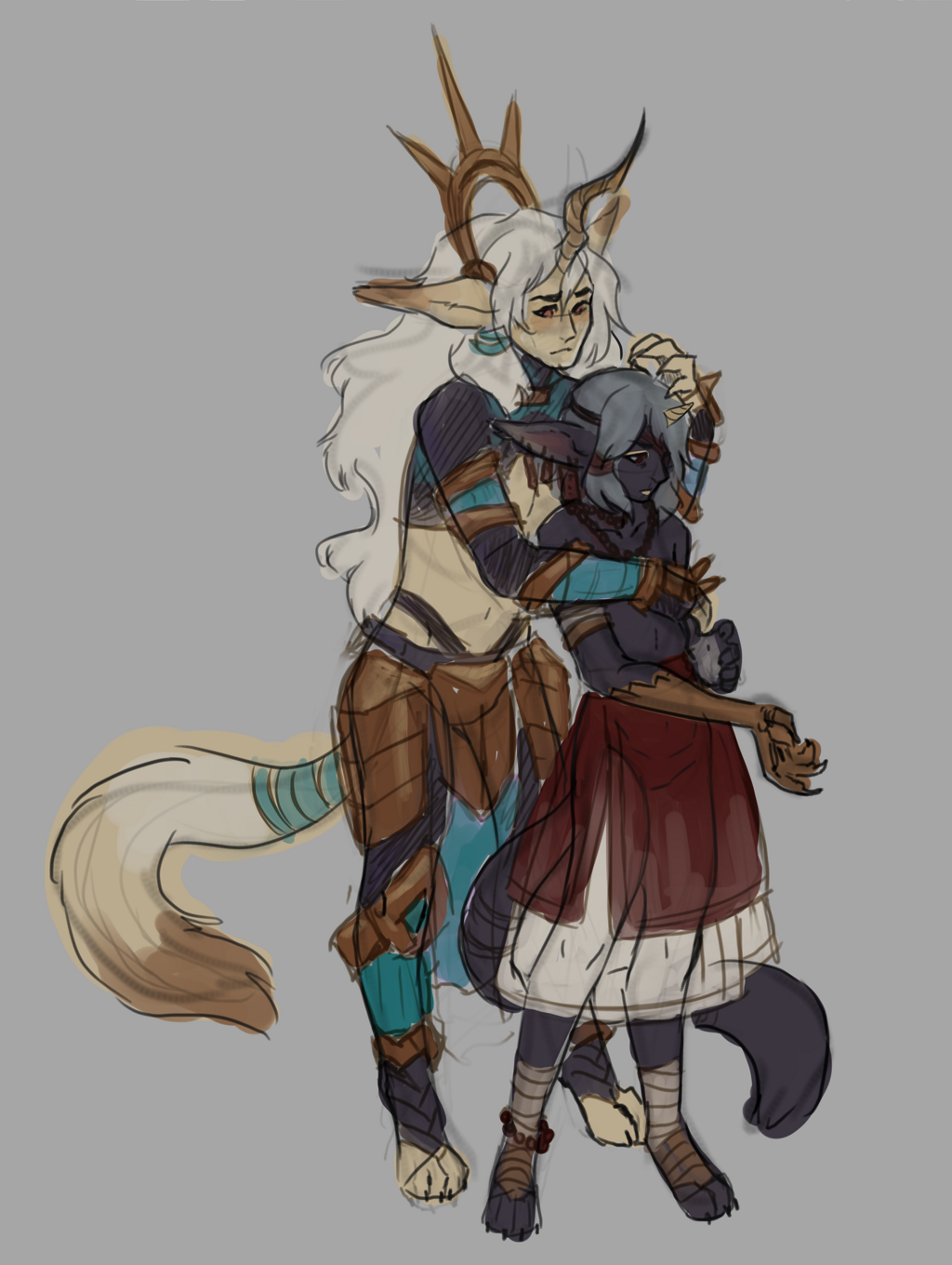 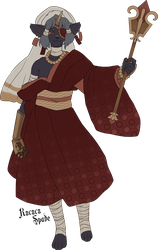 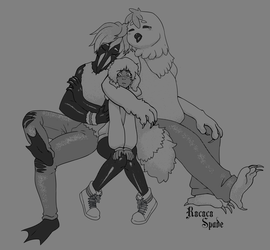 A sketch of the time after Eldrid lost his arm to a monster. He had to learn to write and sketch again, which negatively impacted both his cleric training and his extra curricular work (buying allegedly cursed junk). He did eventually adapt, but the prosthetic is still not quite the same as his lost hand. (However, he can poison the prosthetic's claws, so, trade offs.)
Elene tried to comfort him, of course... but there's only so much one can say. It's very difficult to watch your little brother in pain while being unable to do anything about it. Elene wants to never be in that position again.