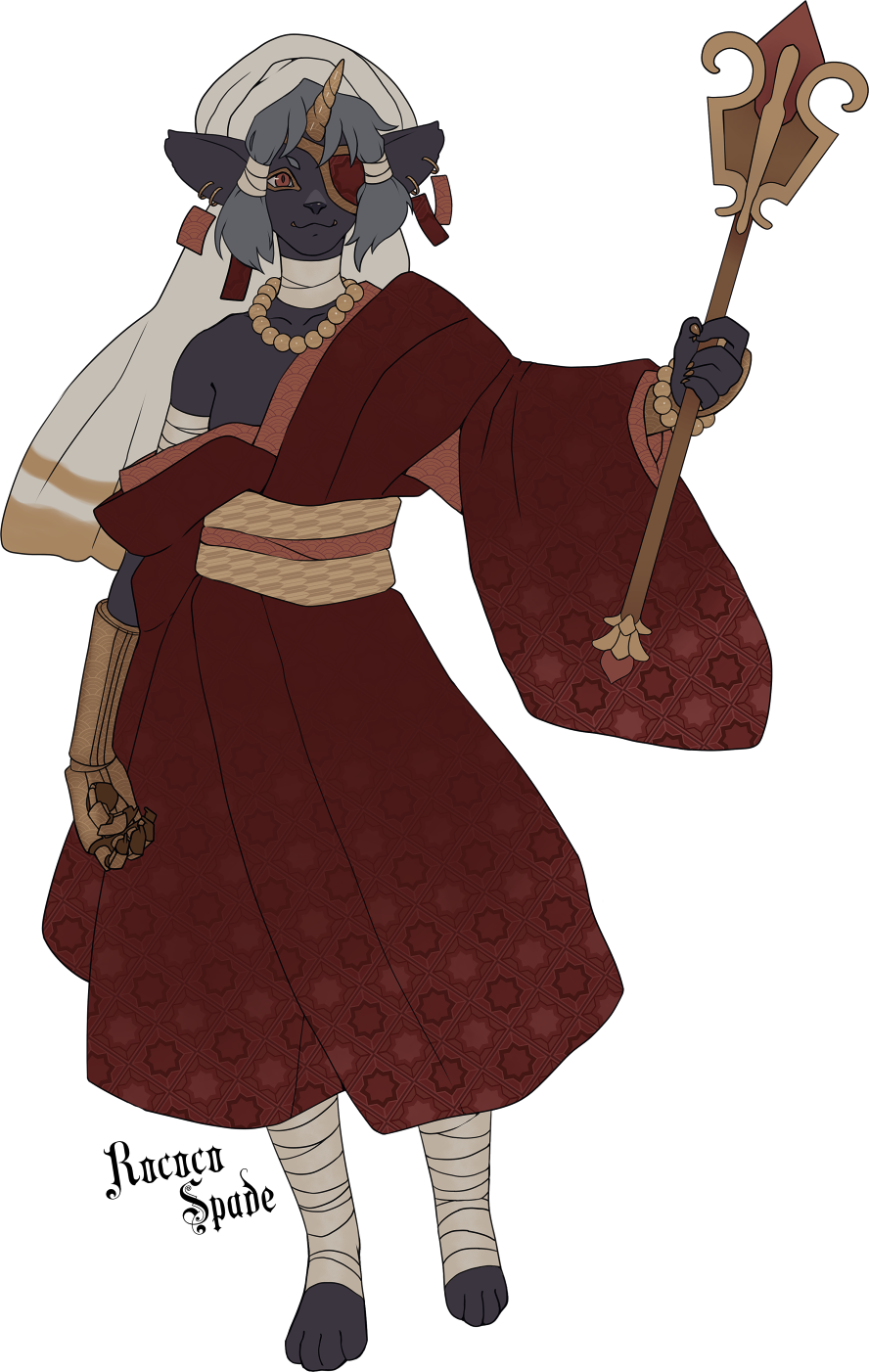 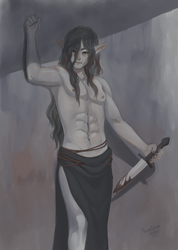 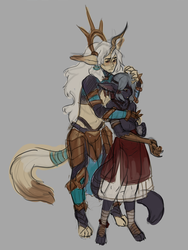 Eldrid, my nephilim/tabaxi cleric from our current DND campaign. He likes cursed artifacts. He gave up his eye for forbidden knowledge. He lost his arm pursuing the same (though in that case it was less a willing sacrifice and more a particularly persistent monster in an old, abandoned temple.) I should draw the other party members sometime. Also Elene, Eldrid's NPC paladin sibling.
Thank you for viewing! <3