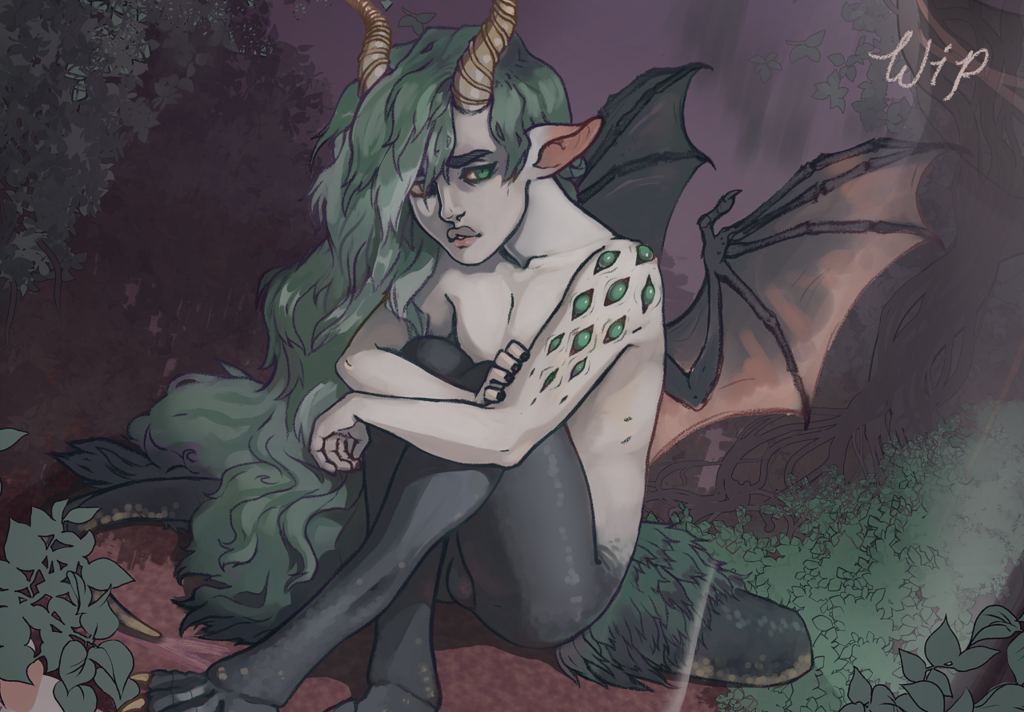 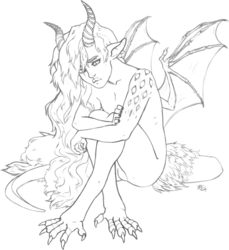 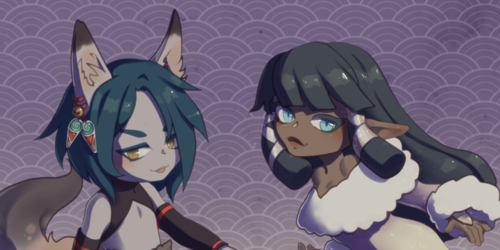 Wip of a gift for a mentor's birthday. Will move to scraps when the painting is finished and posted.
Finished here: https://www.weasyl.com/%7Erococospade/submissions/1844229/mycellium

Mycelium is a melancholy demon that is often found alone, because other monsters think of him as unlucky!... and in this case that seems to be true, since he's been caught in a jar and now awaits his fate in isolation. His extra eyes are loaded with magic, and so is his tail, making them valuable potion ingredients. He thinks that's probably why he's been caught. He hopes for escape, but he doesn't really think he'll manage it this time...

Ideally this painting will be done this month. I want something done this month after such a long period of not finishing illustrations. Artblock and depression are gross and horrible, do not recommend.
The full lineart is here, if anyone wants to give coloring him a go. fav.me/ddbp996
I'm trying and failing to find the sources for the foliage brushes I used, but they're both from ClipStudio Paint's online community assets.