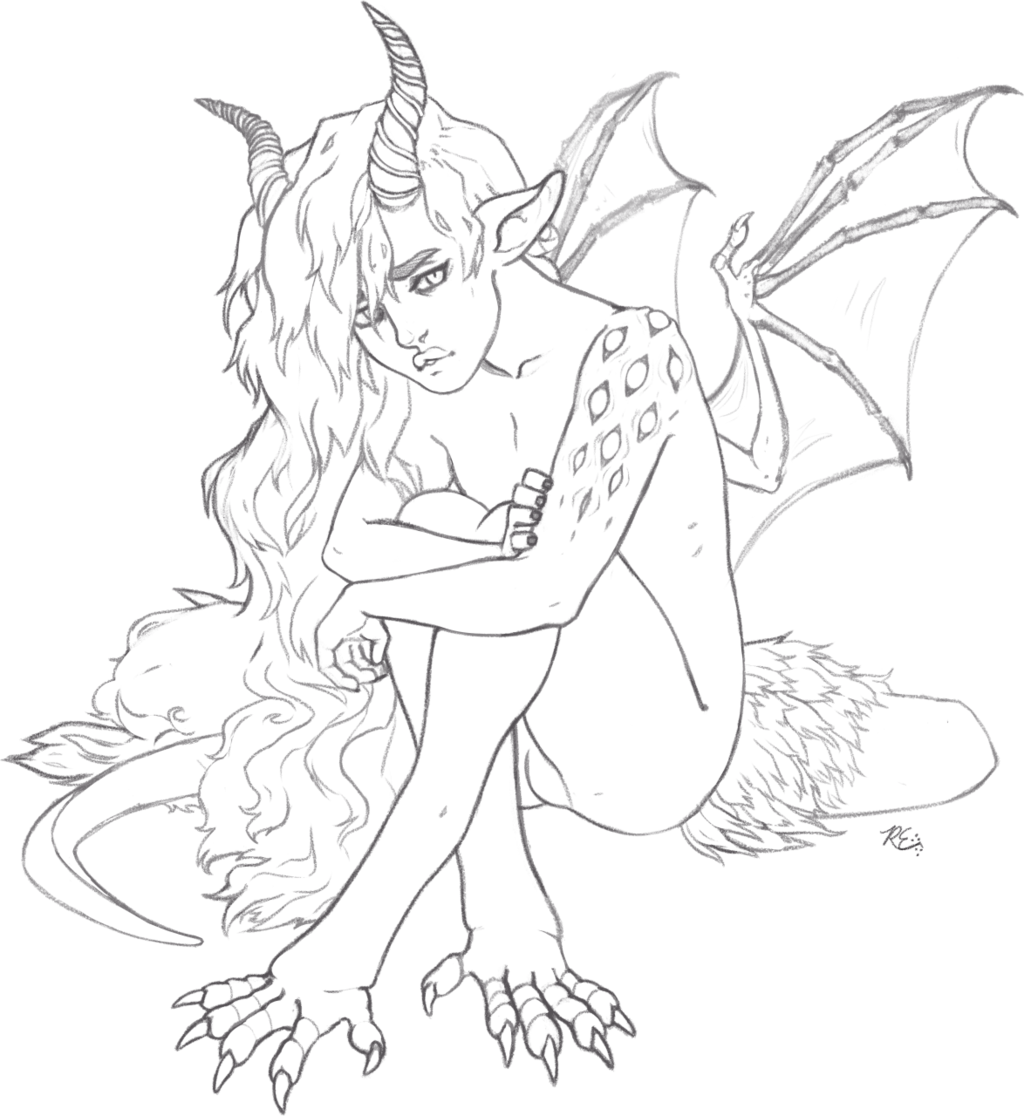 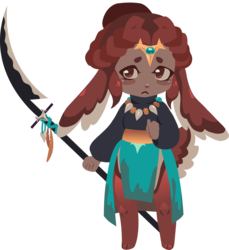 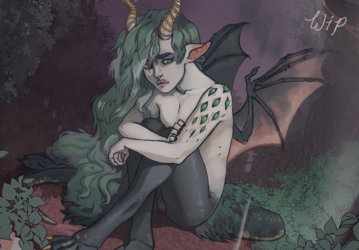 Free to color if anyone wishes. Do not remove my signature. This artwork is not available for commercial use. If you color this and post it, please link back here and credit me for the lines! (Also, I'd love to see it!)

About this work:
These are the lines for a beloved mentor's birthday gift. He's a silly person that loves all sorts of art, so I could focus on drawing something weird because I knew it would delight him (instead of alarming him). I'd been wanting to draw something monstrous for a while and this was the ideal project for it! Mycelium is the name of the demon, from the scientific name for vegetative body of a fungus. His extra eyes and furred tail are the results of a mutation. They're regarded as unlucky by other monsters, and so though Mycelium doesn't want to be he's usually found alone. In addition, his tail and the eyes that grow on his arm are valuable components for potions - so if a witch or fairy sees him, they'll usually do their best to catch him so they can harvest the parts.

Other notes: his legs are based off of ornate water monitors - the toes being like that isn't an accident. The horns had no particular animal inspiration and his ears and wings were loosely based on false vampire bats. I was thinking a bit about medieval dragons and patchwork monsters.