The Yuletide Rooster by Rococospade 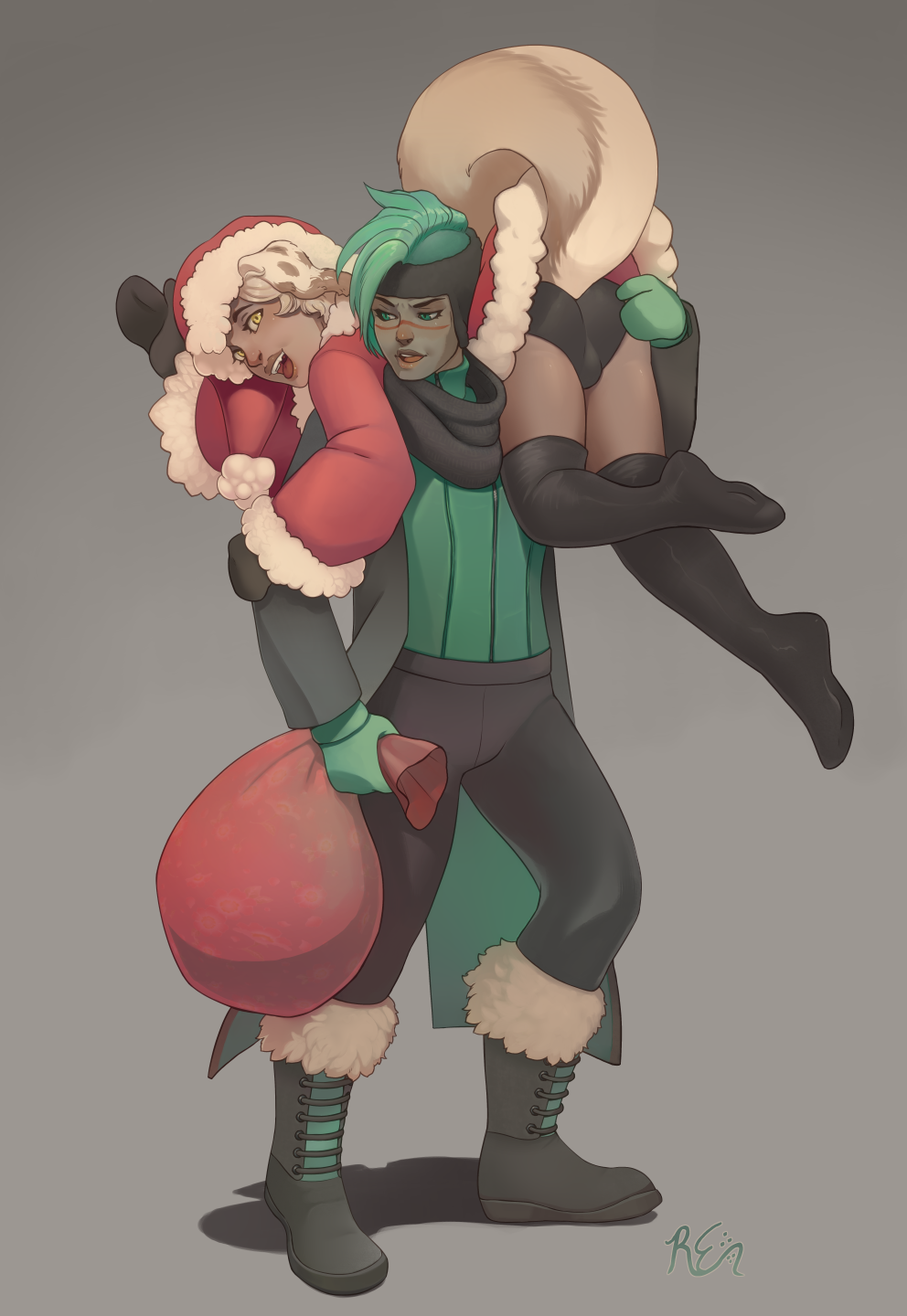 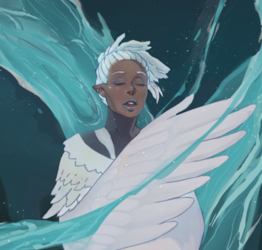 Ascelin with a bag of goodies and a nearly-escaped Anastas. Picture for Yuletide! Next year I should do something for Rising of the Banners or Coming of the Waters (December season holidays from the Mexica calendar). As soon as I figure out something that doesn't involve excessive violence.

Incidentally the original Yuletide involved animal sacrifices that were then cooked for feasting.

Notes on the characters: Ascelin is a criminal in Basilius. Anastas is gang adjacent and tries to keep his nose clean -- his older sister has worked with Ascelin in the past, though they met because Anastas has an unhealthy lack of fear for much of anything. I really ought to do a comic of it sometime.

For the shadow at the bottom I went for simple and aesthetically pleasing rather than necessarily accurate. The lighting was already fast and loose.

My Patreon
Now with a painting process!