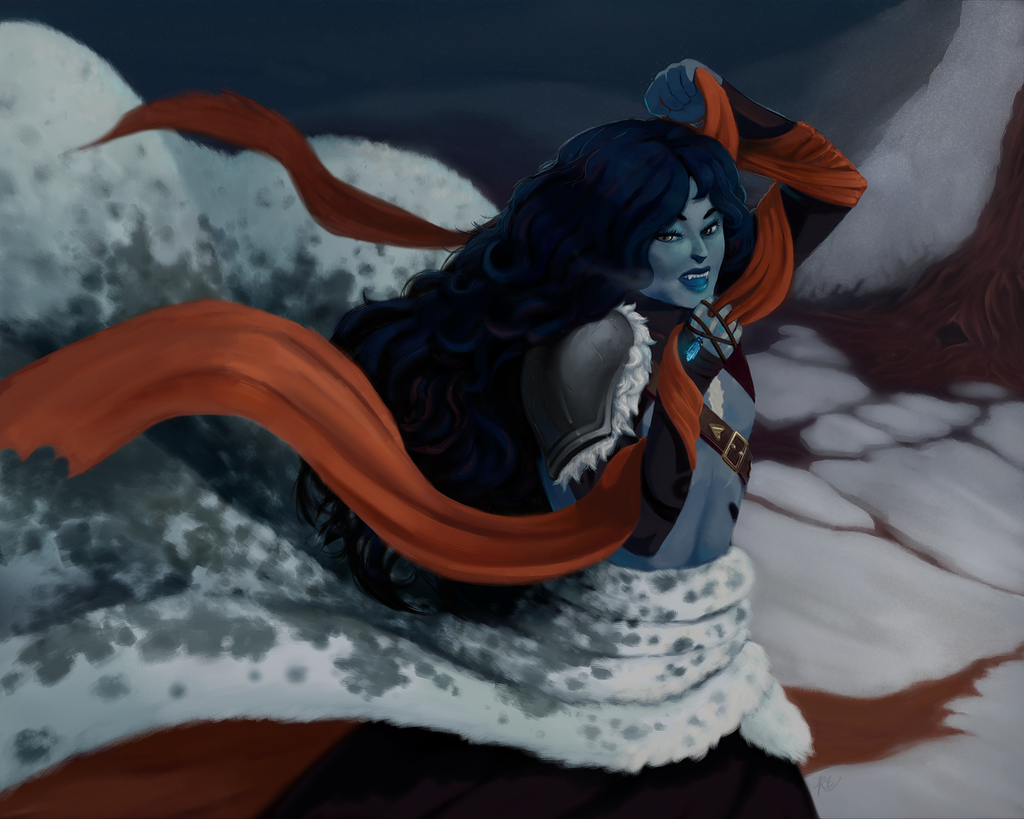 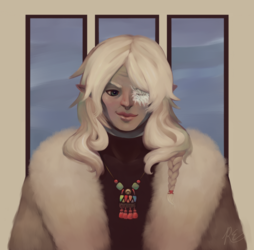 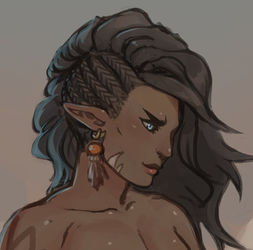 The selkie settlements have banners to represent themselves. The Southern Settlement's banners are colored rust red, after the blood falls of the continent. Banners represent the power of the army and the settlement Lord. One thrown on the earth or torn in the hands of an enemy is a terrible omen for the land.

Originally sketched because I wanted to draw someone singing and decided on Asrik, since cecaelia are a type of siren in Pandemonic-verse's lore. It's surprisingly difficult to get the singing bit across. It turned into a symbol heavy story-telling piece with Asrik in a witch-chief's battlegown (the armor and gown are more to show off wealth and power than for anything functional. If they wanted to be functional they'd wear, you know, a full suit and helmet.) The banners are from the Southern selkie settlement, as noted above. Why he has them is up for debate. The crystal in his grip has more significance than merely looking pretty, incidentally.
Asrik loose at the South Pole would be an absolute misery for everyone else.