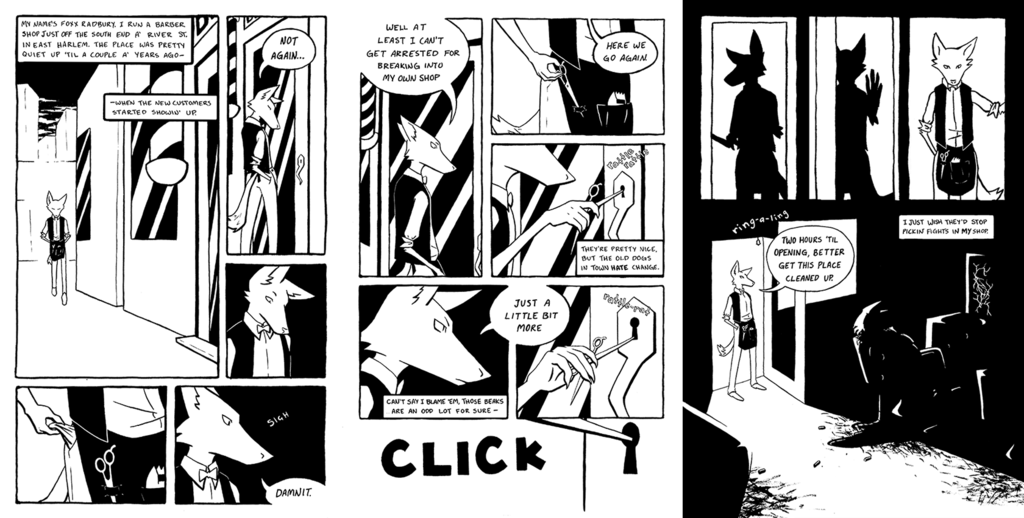 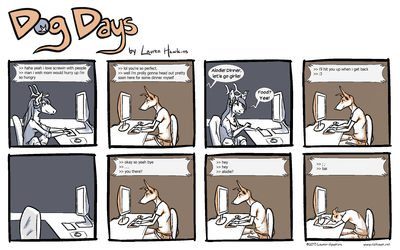 part of my Foxx and Wolfe series, which currently only has liek the same snippet drawn in 3 formats... XD this one features Foxx Radbury breaking into his barbershop cause he's forgotten his keys again. he's a forgetful fellow sometimes <3

thumbnails done at something like 1x1.8," printed on 7x11" bristol, then inked using brush and lettered with a .3 copicliner.