I'm Lauren Hawkins, a student at SCAD atlanta majoring in sequential art and minoring in storybaording. I also make and sell costume parts and props out of my storenvy, http://FaunyGirl.storenvy.com

I have a 12 year old tuxedo cat named Toes, and a 7 month maine coon named Britta that my roommate and i share. I have an awesome roommate who writes and makes comics, and a great boyfriend who is a walking pathfinder encyclopedia and loves costuming.

I draw alot of comics, even though i don't post but maybe half of them online [getting better about that though]
I also write and draw a webcomic called Strays, starring a raccoon boy and a talking elk. You can read it at Fast Bones Comics, a studio i help manage and run. also, please follow the tumblr for updates on the comics!

Follow me on tumblr, riot-hawk, for more art and general life updates :3 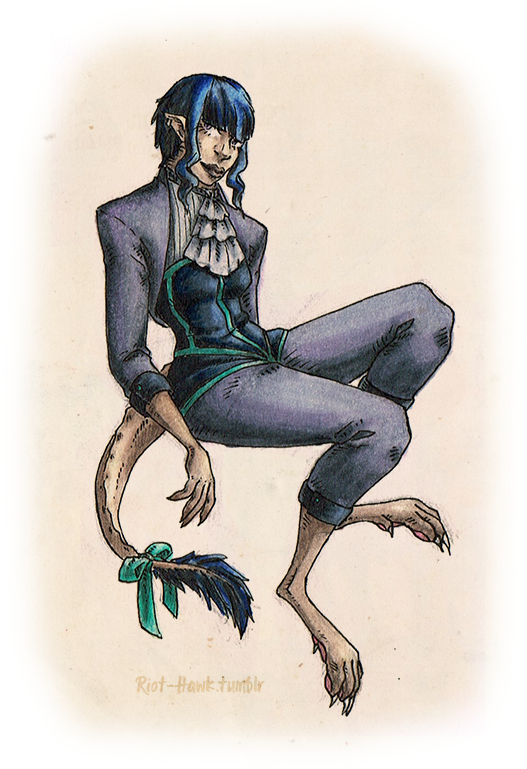 HEY ALL!
I am opening up badge pre-orders for FWA, gonna start with 4 slots and add more as i finish them, so i'll have 2 reserve slots as well. I don't expect to fill all the slots, but can't hurt to try.

Anyone who orders for FWA will get a $5 discount OR free hair clip/pin/buttons, your choice. Pay ahead of time via paypal or on pickup at the con [prepay is vastly preferred]
I can accept both cash and card payments in person.

I will have commissions open at the con but badges take me awhile so i will probably only accept commissions Friday all day and saturday morning. Sketches available all weekend. I'll be in the artist alley at times, but you can also msg me here or tweet @ me [riothawk] or instagram me [riot_hawk] with a request!

FYI, pricing goes as in my pricing info below-- busts start at 20, full body starts at 30. They come inked in brush or pen, and colored in copics or watercolor, with colored background and colored name! You're free to request effects/design motifs such as stars, slimy name, candy, etc.

You can find watercolor badges [with brush lineart] in my commissions & trades folder, and copic marker drawings [with pen lineart] in my adoptables folder, i haven't done copic badges yet but you can see the style at lease.

Also, first badge is half off because i need a sample to use, so if you're quick, you're looking at $10-20 for an awesome badge!

for my Commission Queue and Status, see here