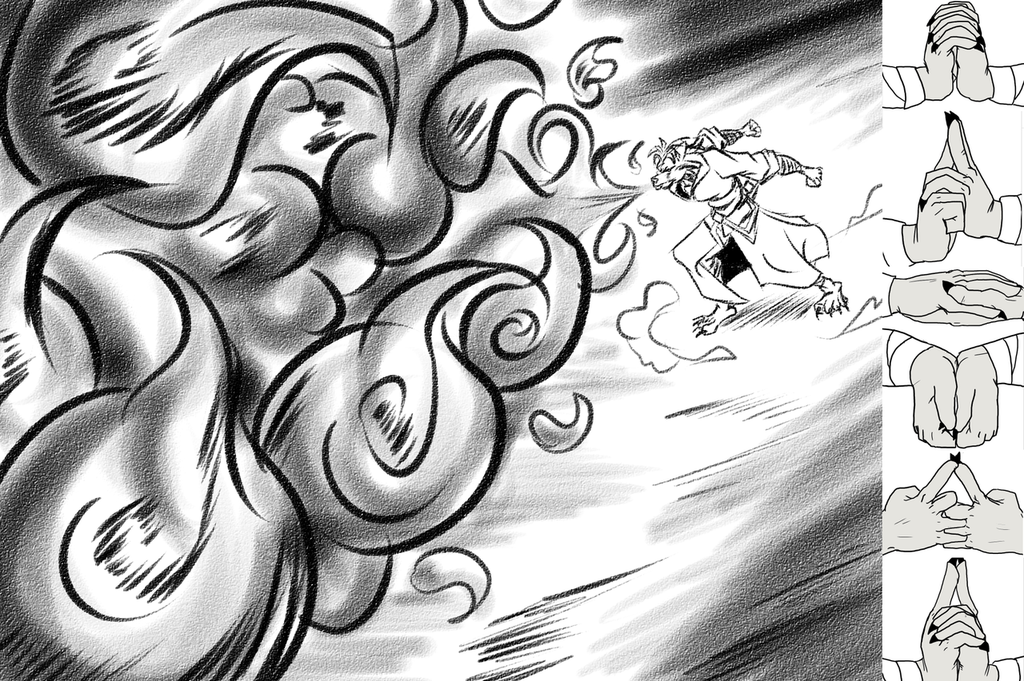 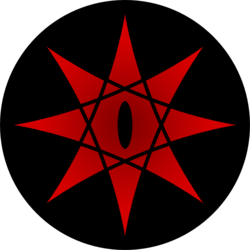 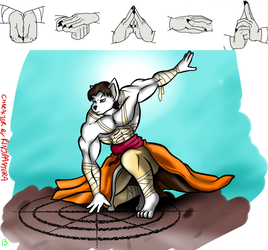 This is the first of what I hope to be every main jutsu in Rinji's arsenal. I'll start off with the ones he commonly uses, then maybe go from there into the ones he uses in more extreme cases.

Starting off with this one. The Fireball Jutsu is among Rinji's most frequently used ninjutsu techniques, given that he has a naturally affinity to the fire element, especially so due to his phoenix soul. Suffice to say, fire attacks are to be expected from him.

The fireball jutsu comes in two variants. One is where he expells a very large fireball in projectile form. The other is this one, where he shoots fire like a giant flame thrower. And believe me, he CAN torch an opponent to cinders if caught unprepared.

The fireball jutsu uses only a little to a moderate amount of chakra at the most, depending on the size and intensity of it. This is a display of just how much fire he can produce using his own chakra. Suffice to say, he could rapidly set an entire forest on fire if he wanted to.

To the right of the picture, I added the handsigns required for this jutsu, as taken from the picture of all the primary hand seals that toughset drew. They are in order from top to bottom, and they are:
Snake, Ram, Monkey, Boar, Horse, Tiger