Swiss and Disappointment by RieselUniverse 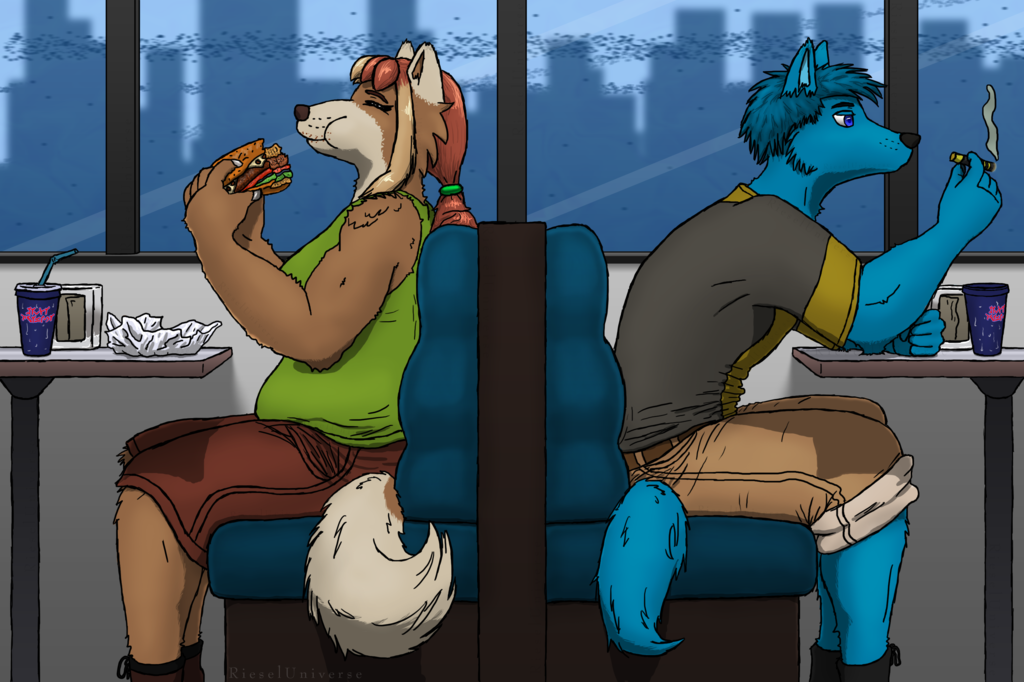 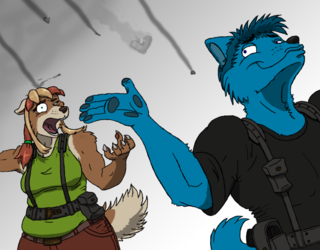 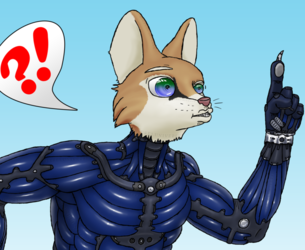 It turns out that Swiss cheese is not only compatible with Lonkapi biology, but also downright delicious for a Lonkapi such as Ramy. However, for Sirukti such as Runge, the smell alone is repulsive. "I think I'll just have a smoke. It seems healthier," said Runge, having nearly vomited from a sample he had reluctantly tried at Ramy's behest. For now, he would ponder how he would exact his petty vengeance.

This is a visual followup to a short story (technically microfiction, since it's even shorter) I wrote in response to a dialogue-only writing challenge a while back. It's also a test in detail. To be honest, I prefer the simple, hard shading as opposed to the soft shading.

The text on the cups is written in the Dodziol script of the Anczica language and says "Parga Luayeva," which translates to "Burger Entropy." It's a common fast food chain in that neck of the galaxy.

Ramy and Runge form a bounty-hunting team and are the "protagonists" of my sci-fi e-book, Riesel Tales: Two Hunters. "Tenuous" would be a hilarious understatement when describing their partnership, as they can hardly resist killing each other thanks to their differing personalities.

Psst... I do commissions: https://www.deviantart.com/roystravelbus/journal/Character-Art-Commissions-REVISED-742141113