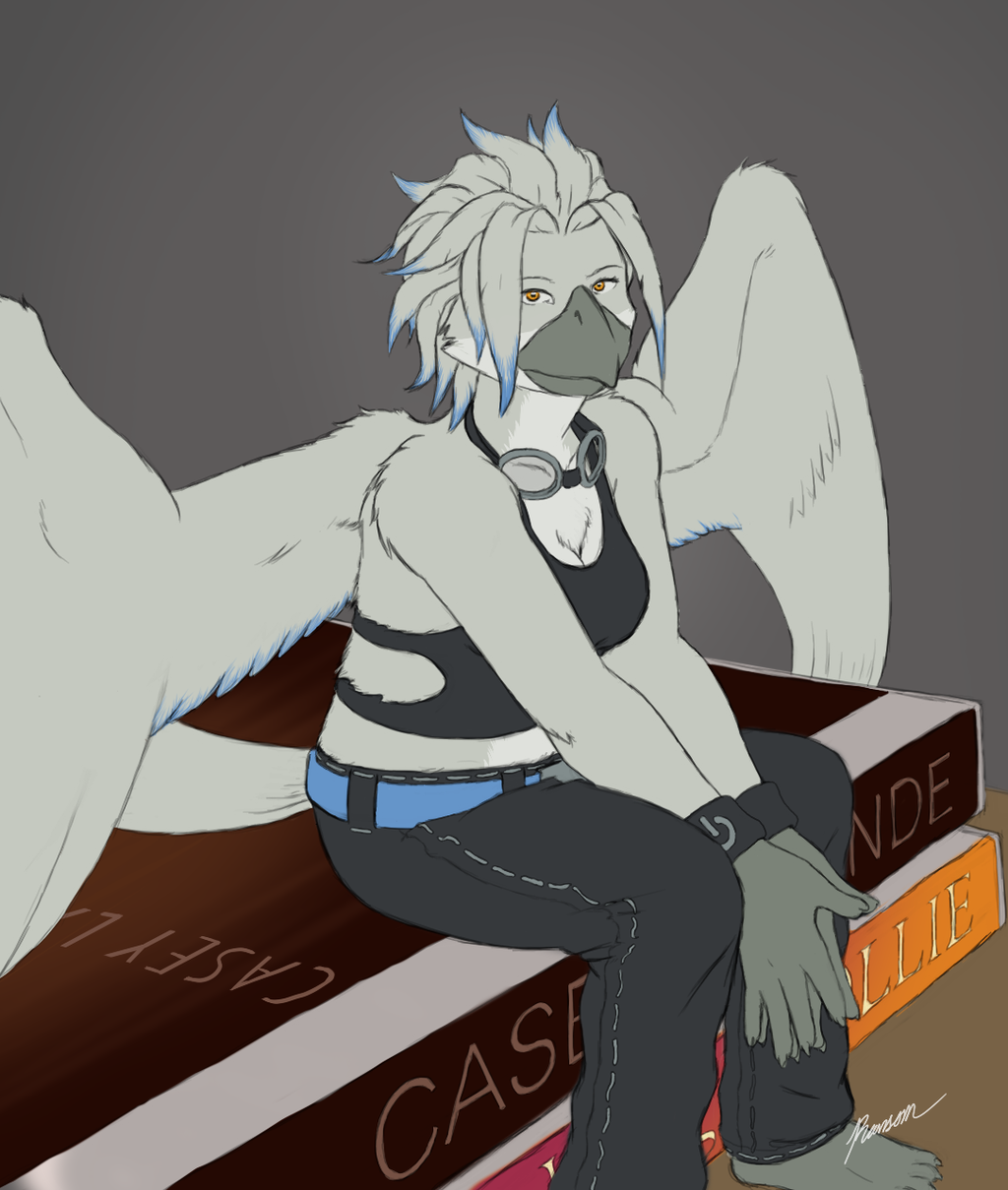 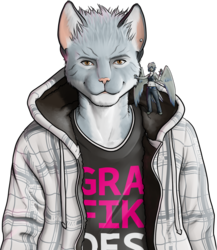 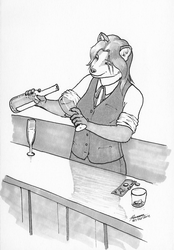 Here's a drawing of Zen that I was working on last year. I got sidetracked and never finished it, but recently

Zippiner me it was good enough to upload with only flats. I guess she's right! Might as well get this online and work on something better, since my skills have since improved.

She's sitting on a couple of albums, one of which being

Casey LaLonde's "In June." The other is no specific album, but has

Chicago Lollie's name slapped on it.

This drawing shows off her eye colour better than any other I have uploaded thus far. I also tried to depict her clothing realistically, considering her size. You can see the exaggerated stitches!