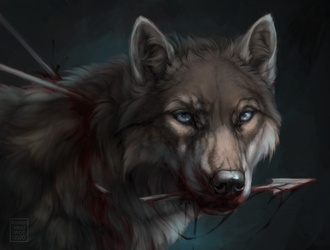 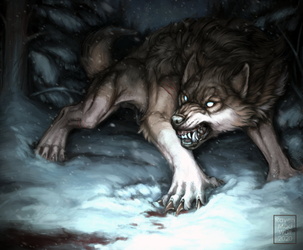 Back in ancient times, when people were still able to travel freely during their holidays, I used to go on solo adventures in remote areas every other year. This spectacular painting by SimarglArtist ( https://www.furaffinity.net/user/simarglartist ) shows one of the little mishaps that I had while traveling in Iceland a few years ago. Iceland has a HUGE number of rivers that you have cross - but the only major car trouble I had was not while crossing a river (which needs quite some surveying and planning sometimes), but rather while following some well used tracks through some floodplains.
It worked rather well - until it suddenly started to rain A LOT, making the earthen road I was following into a huge mud bath. Despite having 4WD, I got stuck in the mud and my car (which had quite some clearance) bottomed out. I was a bit concerned about my position and I didn't know when the rain would stop, so I actually dug out my car with a shovel and my hands - very VERY similar to the scene in the picture :-)
After quite some time, I manged to get it unstuck - JUST as the rain stopped. I changed clothes (I REALLY needed that), got off the muddy road and drove back on the gras next to the road, where the danger of this happening again was practically zero.