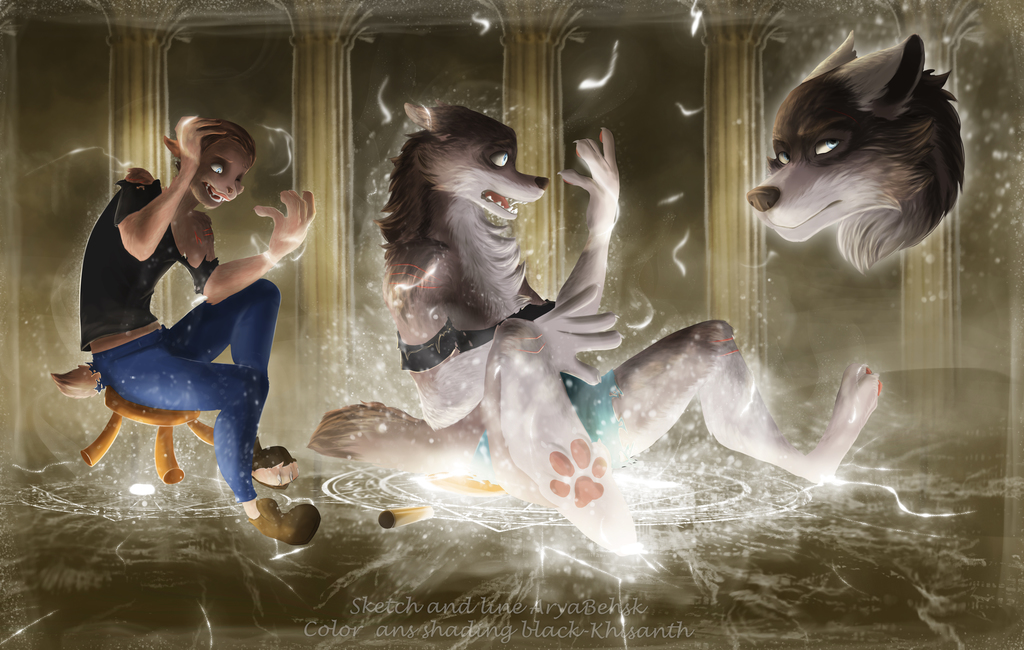 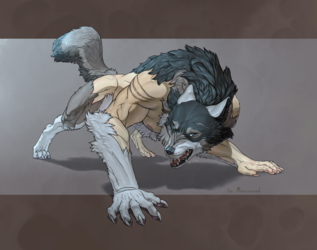 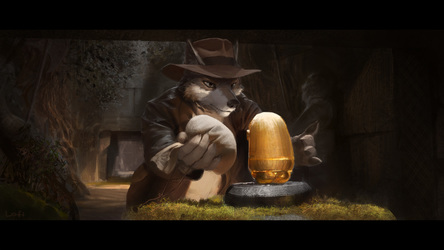 "You called for me Archmage?"
"Ah yes - I need your help with some experiment. But please take a seat! I'm busy at the moment but will be there for you shortly."
As he sat down on the little tripod stool, intricate lines started to glow all around him, forming complex patterns that spawned little sparks of magic. He watched on in shock as this magic lightning started to race upwards along his body.
His previously loosely fitting clothes felt tight around him. He gazed at his hands where pads started to form and claws started to push out, while the skin developed patches of fur that became denser by the second. At the same time he touched his ears which were slowly migrating upwards and which clearly conveyed how the little chair strained under him.
A sudden onset of vertigo told him that he was growing and to stabilize his larger body, his feet became larger and his toes tipped with claws.
The chair finally giving up beneath him and the ripping and shredding of his clothes demonstrated that he was also bulking up.
Even as his muzzle started to push out and the fur pushed out everywhere, he still watched unbelieving at his now rather paw-like hands.
Slowly he felt how the magic was ebbing away - having fulfilled it's function.
From the pads of his feet paws to the tip of his black, moist nose he was a werewolf now. His ears perked up and his concentration was broken as he heard a cough from the Archmage.
"Thank you for your help. Seeing this ancient spell in action was very educational. You can go now, while I'll try to write down my observations."
The newly transformed werewolf gave the Archmage an annoyed look and padded out of the room on his new digitigrade legs.