It belongs in a museum by Lofi by Rakan 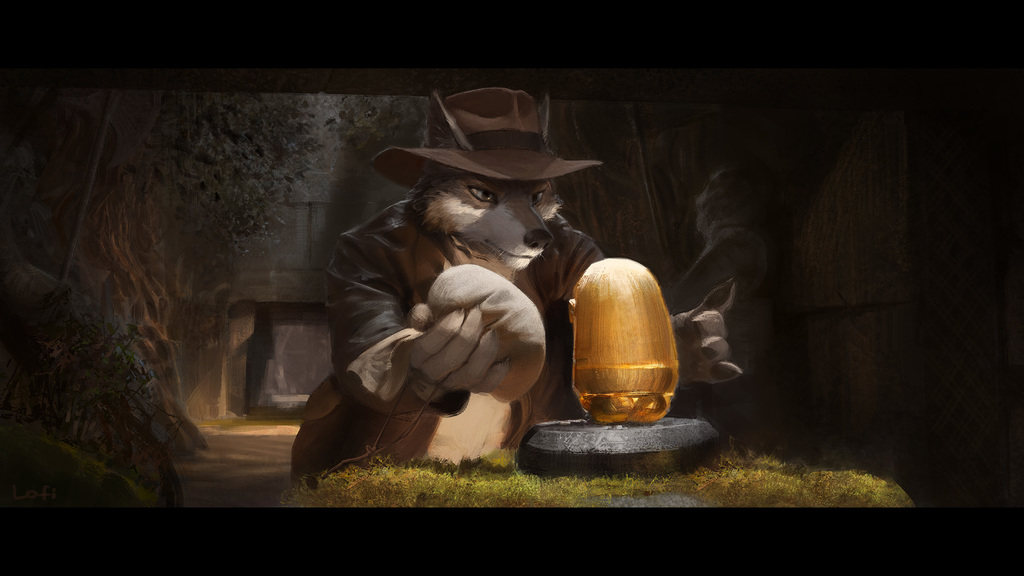 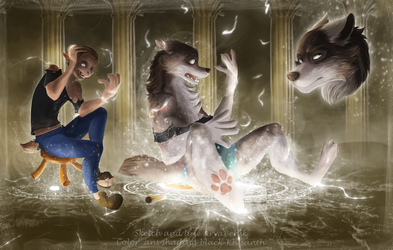 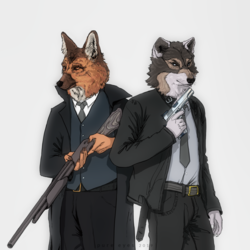 It belongs in a museum by Lofi

This truly magnificent painting by -Lofi ( https://www.furaffinity.net/user/-lofi ) is a "Cinematic Commission" based on the famous scene from the 1981 film "Raiders of the Lost Ark" with my own character trying to acquire the Chachapoyan Fertility Idol.

Shortly after I stopped lurking in 2017, I asked Lofi if he was still doing "Cinematic Commissions", since I really wanted him to do this scene.
Unfortunately he was closed at the time and also told me he won't do this kind of commissions in the foreseeable future. Therefore I was absolutely stoked to hear that a year and a half after my first query, he opened again for this kind of commission.
I was incredibly happy to find out that Lofi was also very excited to draw that iconic scene, since the the movie is one of his favorites as well.

One of the interesting things that I learned after the commission was finished was that there is actually a short film called "Indiana Bones - Raiders of the Lost Bark": https://www.youtube.com/watch?v=7ydBgdL5R08
The catchphrase is of course more widely known from the "Cross of Coronado", but it fit's perfect to this scene as well :)