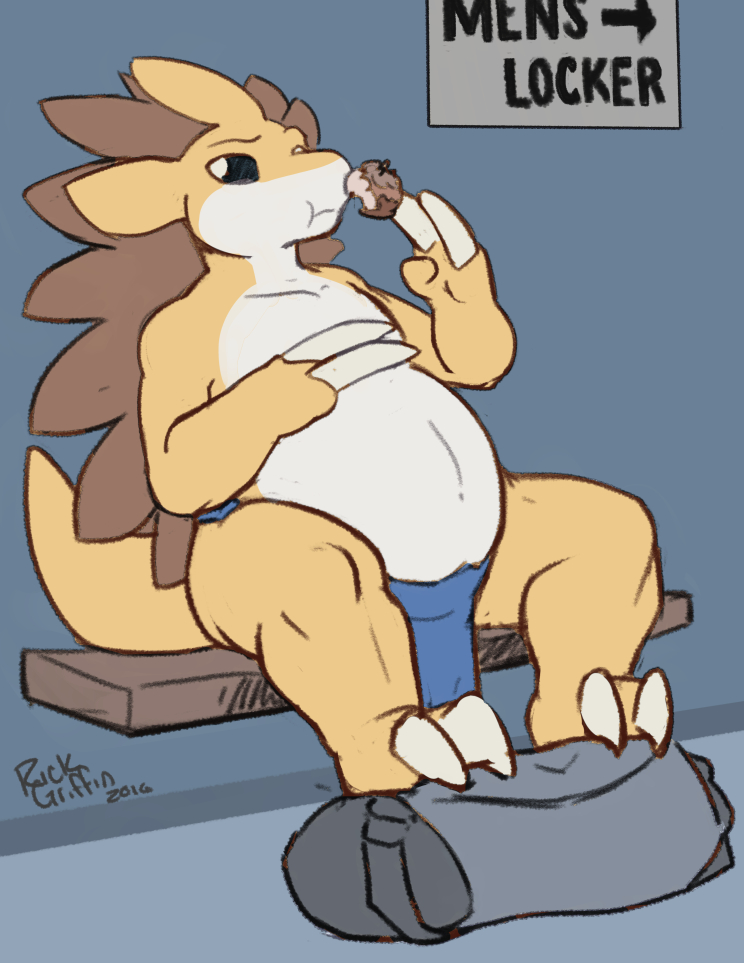 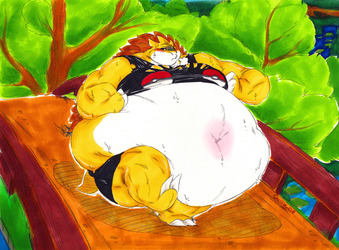 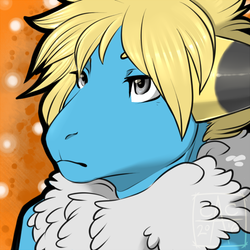 Brows furrowed, Sean's jaw slowly rose and fell. Lips caked with chocolate frosting, the Sandslash pursed his lips as sugar saturated breading was mashed to mush between his flat teeth.

"I thought you said you didn't like Poke Puffs?" Silvia demurred. Soft face peeking out from behind a row of lockers, the Salamence's clawed fingers twiddled against their metal surface with rhythmic clacks.

Sean exhaled through his nostrils as his twin clawed feet shifted uneasily atop his gym bag. His firm soles rubbed back and forth against the coarse cloth. "What the hell are you doing in the men's locker room?" he mumbled out between a mouthful of fattying food.

Folds formed along the Dragon-Type's blue scaled forehead as she arched her eyebrows. "I asked first." Silvia's pointed teeth poked into her plump lips while they curled up into a smug smile.

The Sandslash's beady black eyes bounced back and forth between the pastry skewered atop a clawtip and his unwanted guest. A bulge formed in his throat as he swallowed. "I don't have to answer that."