The Cantor's Costume by RachelTheSeeker 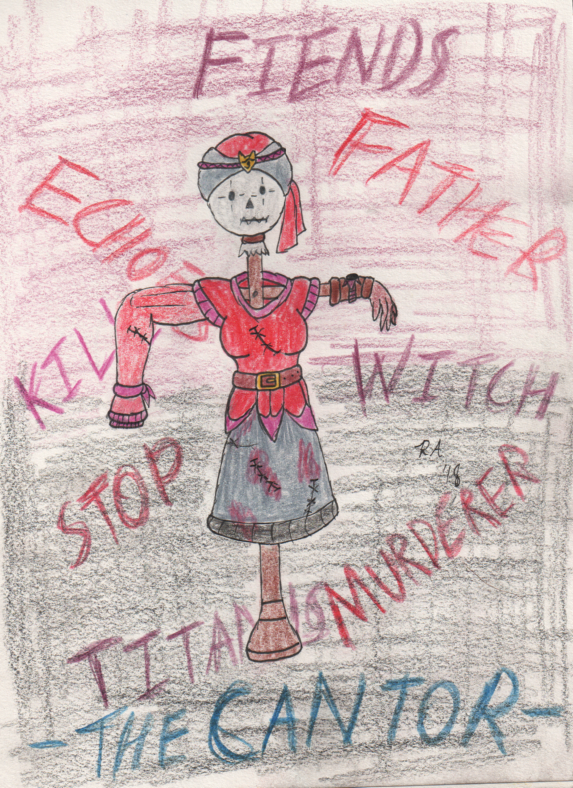 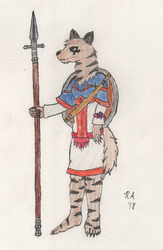 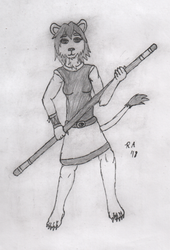 Of Raziya's various enemies in her rogues' gallery, perhaps the most twisted is the one named Pythias. As her father was a warlock who traded fatal blows with Raziya's father Mosi, both Pythias and Raziya had lost a beloved parent to the other's father. However, Pythias happened to be present in Mosi's final battle, and witnessing the death of her megalomaniac dad caused her to fall into insanity. Now, Pythias cannot ever achieve true love for any other, and is hellbent on snuffing out Mosi's next of kin once and for all.

Originally based on a character I wrote for an interactive story a few months prior to this picture, Pythias the Cantor is a force to be reckoned with. As I cannot decide right now if she and her father should be human or Leonine, however, I decided to simply draw her most common outfit... stitched battle scars and all.