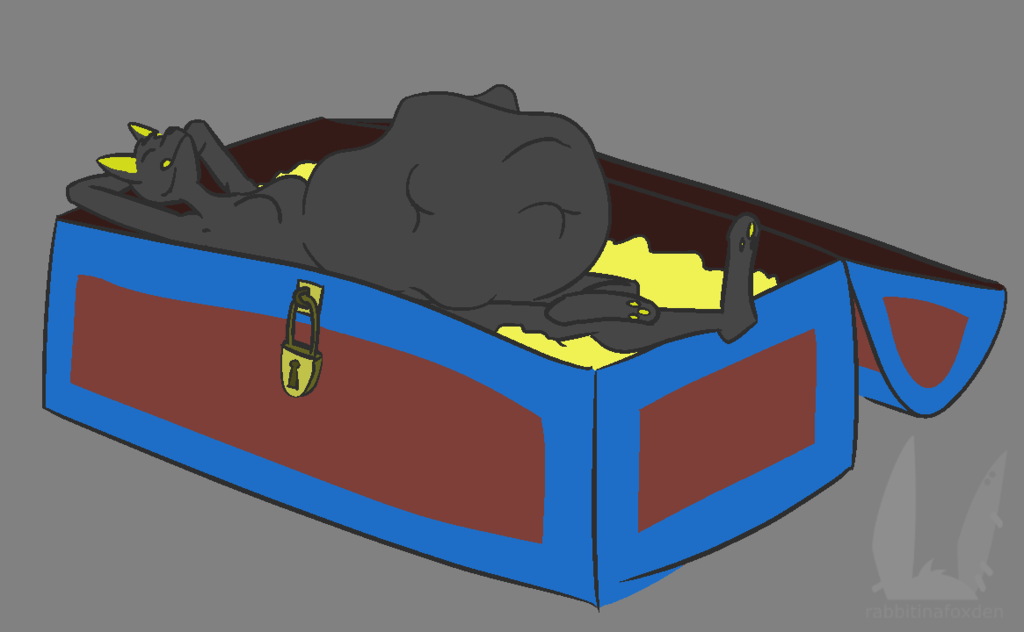 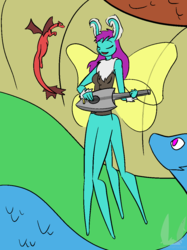 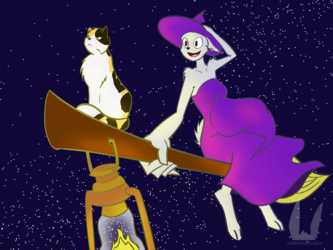 "Is this going to take much longer?"

Aima made sure to keep her dagger turned, applying pressure to the lock so her work wouldn't be undone. She sighed in frustration. "This isn't as easy as it looks, Roddack," the mouse said, moving her pick to shift another tumbler into place. "That's five. Just three more and we're in."

"But is it really worth it?" The tall male marten stepped up next to her, looking at the chest. "We're wasting a lot of time here for a box that might just turn out to be full of dusty old armor or something."

Click! Another tumbler down. "They wouldn't have put such a complicated lock on it if it there wasn't something valuable in here," Aima said. "We didn't go to all this trouble to go home empty handed. Just another minute or two and the lock will be open."

"Alright, fine," he said, taking a step back and leaning against a nearby wall. "Just hurry it up."

"You can't rush perfection." Aima took a steadying breath, then shifted her pick one last time. "There! Got it." She pulled on the lock, which came open and slid easily off the clasp.

Before Aima could put her hands on the chest, though, it opened of its own accord, and the mouse found herself looking into a pair of glowing yellow eyes.

"Hi there," a voice said, coming from the shadows in the vicinity of those eyes. A pair of hands shot out, gripping Aima by the shoulders, then yanked her forward into the chest. The lid slammed shut, and Aima heard the click of the clasp.

She was shoved down onto something cold, hard, and numerous. The clink of clattering metal surrounded her, and she could feel a warm body pressing down on her, straddling her in the tight space. "What's going on!?" Aima shouted. She tried to move, but a pair of strong hands held her wrists, pinning her arms down.

The figure holding her down smiled. Aima knew that she smiled because her mouth parted slightly, and the inside glowed the same pale yellow as her eyes, casting a dim light on the interior of the chest. It glittered off of thousands of coins.

"There... there really is a treasure," Aima said, her eyes wide.

"That's right," her attacker said. "Not that you'll be leaving with any of it."

Aima felt fingers slide into her armor and begin to tear it off -- literally, to Aima's amazement. A sharp knife would have difficulty cutting through the leather armor, but these hands tore through it like paper, and Aima soon found herself stripped to her fur.

She heard a muffled shout and a banging on the outside of the chest. "My friend will..." she said, intending to threaten.

Aima's captor interrupted her. "Your friend won't be able to get in, unless he's a very powerful wizard. The lock was a formality. I can hold the chest closed from the inside."

"Because then what would I eat?"

A moment passed before Aima's eyes widened in understanding. "No!"

"You know the best part?" A glowing tongue flicked across a dark muzzle. "Putting the lock on there actually makes adventurers like you come without grabbing distance more often. Can you believe that?"

Aima tried to struggle, but the strong arms held her fast. She watched that glowing maw widen, then get closer and closer, until it filled her vision. A warm, wet sensation covered her nose, then her face, then her head.

Roddack banged on the chest for several minutes, trying multiple times to force it open. Why wouldn't it open!? The lock was off! He was reeling back for another blow when the chest suddenly cracked open. Something flew out, landing with a soft thud on the stone floor.

"Your friend is mine now. I would suggest you leave, unless you would like to join her." And the chest snapped shut.

Roddack leaned down to look at the object on the floor. It was a tattered pile of leather armor, torn to pieces, along with a dagger and a set of lock picks.

It was perhaps an hour or two before the other adventurer finally gave up. Tess waited a few minutes more before opening the chest a crack and peering out. When she saw nothing but an empty hallway, Tess opened the chest the rest of the way, blinking as the light poured in. She leaned back, kicking her legs up on one end of the chest while resting her arms under her head on the other. Coins clinked and clattered as she shifted into a more comfortable position.

Her belly formed a large dome in front of her, still writhing and squirming as the little thief kicked up a storm inside. Muffled screams and curses emanated from beneath the flesh and fur.

Tess licked her lips and let out a small belch. She smiled to herself and closed her eyes as she let her stomach go to work on its meal.