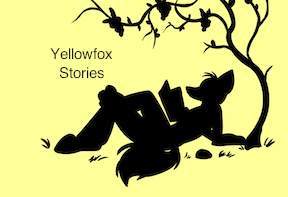 I'm from the near north side, but you'd never know it by looking at me. We coyotes aren't seen in the city very often. Yeah, the feathers I wear make it look like I belong on the plains with my family. But I assure you I can hold my own, be it here in the Loop or in the projects of Cabrini Green.

Ya know, life has a way of changing directions suddenly, like the winter wind on Wacker. It cuts you apart before you know it. It's easy to loose faith in the power of the spirit and focus on wickedness.

Cruelty from strangers isn't so bad. But cruelty from family or...or from someone you love cuts even deeper. As long as love's blade isn't removed, the pain is almost pleasant. When it's pulled out; thats when the bleeding starts. Every heartbeat shoots out a bit of life until all that's left is a hollow shell....

Oh, I'm sorry. Would you like a drink? No? I guess I don't blame you. Yeah, the bag is tacky but its insides warms my insides.

Ya know how hard it is to look at happiness from the outside? It's so easy to want to destroy it--to make others feel your pain. They say that misery loves company. When you're alone on the streets, you want to make yourself some company. I did it with every bit of brutality I could muster.

Yeah, these fangs of mine have spilled innocent blood. Maybe that's why I drink so much. To kill the ghosts--the memories, both good and bad that haunt me. When you spend your nights alone in the shadow of the "L" you can't get much sleep...and your own mind is deadlier than a posse of gangbangers.

About a year ago, I nearly killed myself....

Sure ya don't wanna hit?  Meh, suit yourself.

Ya know, I learned long ago that howling in the streets and alleys got me nothing but trouble. Back then, I'd go down to Buckingham Fountain and unload my lungs in isolation, drowning my cries in the roar of water. Usually, that would soothe the pain. But one night, it made things worse. It struck me that no matter how loud I cried, I couldn't even hear my own echo. I felt so completely isolated. None of my own kind could hear me and reassure me with a reply.

Now to make it worse, that October the cold came early and spray froze on my fur, ripping my skin with every move.

I was ready to just let go, but a voice surprised me. A songbird sat on the fountain, one foot frozen in place. Now, normally I wouldn't have hesitated. Easy prey sat next to me and didn't try to escape. He was as ready for death as I was.

He just stared at me and said "You got some powerful lungs there buddy; quite a gift."

Now, like I said I've tasted innocent blood before. I guess I didn't want another memory to haunt me. I just sighed and said  something like "Shit load of good it does me. I got no family here. Ain't no one wants to hear it."

Well, he said "You're wrong. Everyone knows pain. We all got regrets. Look at me. I spent my whole life singing pretty songs inside a cage, but do you think I was really happy? The first chance I get to escape, I take it and look where it lands me. Just more misery."

He tugged against the ice and fluttered a little. Then he changed my life. Ya see he said "Sometimes, it feels good to hear someone else's pain. It touches the soul. You don't feel quite so alone when you know someone else understands the pain you feel."

Now, somehow, that comforted me a bit. He felt it too. I cupped my paws around him and warmed him as best I could. I eventually freed his foot but he was too weak to fly. There was no where to go anyway, so we stayed together.

We found shelter near the ball fields...its always a good place to scavenge scraps of food. I curled my tail and made him a sort of nest. Now, for a while we sang duets, but it was purely one sided. Mostly, he sang and I punctuated the tune with howling cries. With the change we collected, we were able to stop scavenging for a while.

One day, he had a hard time singing. His foot was black and he began to tremble. "You will have to sing alone I'm afraid." he whispered.

Now, that thought terrified me. Not only was my only friend was about to leave me forever, but  where would the money for food come from?

He shook his head. "Naw, it's you they pay for. My songs are the kind that everyone sings. It's nothin' special. I please their ears. You...you touch their hearts."

Well, I didn't buy it. "A half drunk street predator touches their hearts?" I said.

He looked at me with them hollow eyes and said "You express their agony in a way they can't. You give voice to painful parts of their soul."

Of course, he was right--he didn't make it through that day. When he went still, I howled like never before. To hell with the angry faces. I kept howling. Before long, a crowd gathered. No one could see the broken body I cradled in my paws. I howled about life and death. I cried out damnations. I sang of the loss and the sacred salvation of friendship.

That day I made enough in tips to sleep indoors, but it was too late for the songbird. His soul was beyond the pain we sang about. I released his body in the river, but not before plucking a couple of his tail feathers and braiding them into my hair.

So, that's why they call me Bluebird. It's not because I sing the blues, but because of a doomed songbird. The power in my voice comes from years of betrayal and pain. But courage to share was his gift to me.

And that...that's why I sing the blues. Maybe it's selfish of me. I don't sing to soothe your pain...to validate your feelings. I sing to see your reactions--and validate my own. I still make you feel the pain, but I do it in a good way.

So if you don't want a swig, I'll finish this. I got one more set to do. Why don't you hang around? I bet you have a story to tell. Maybe we can do a duet--enjoy the company of each others misery.