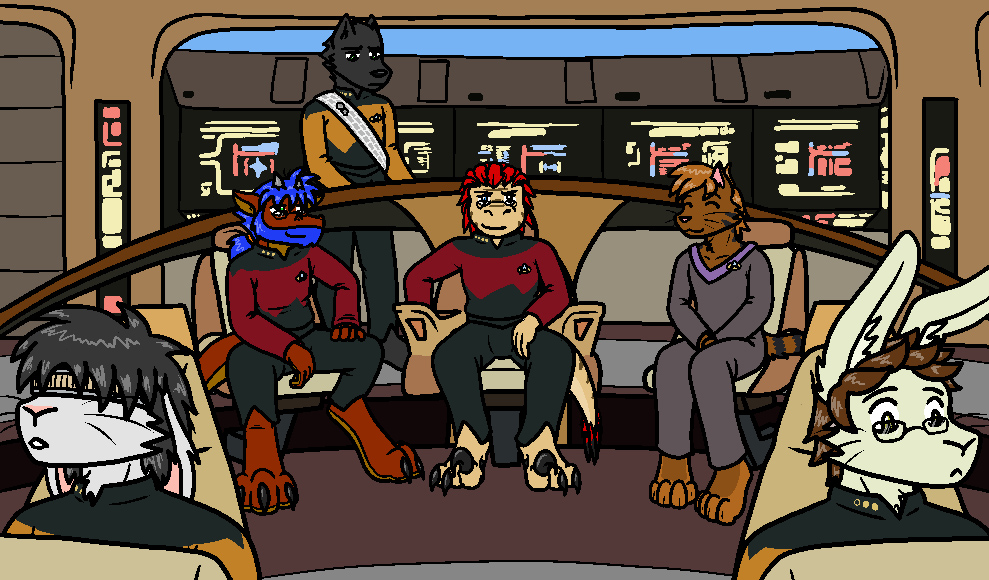 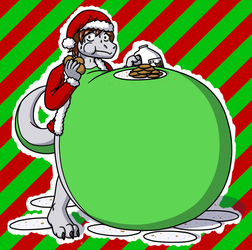 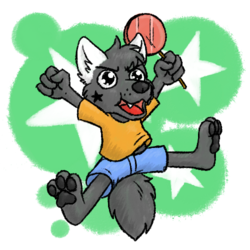 So halfway through making the animation for immelmann's birthday I decided to make, I suddenly had a realization that there WAS something Immy had been into recently, and that was his binge into the Star Trek franchise, watching all the important stuff from TOS to the Abrams reboot (being currently near the end of TNG). As I myself have sort of binged as well lately, I decided I'd do another piece, this one, as a second thingy to continue the spirit of my birthday gift tradition theme deal.

So here's just him, me, and some of his and my characters cosplaying basically on the Enterprise-D bridge. Immy prefers TOS, but I felt like Matt being Troi and Joel being Worf and so forth fit better. Also Campy's breaking continuity because I didn't want to subject anyone to being Wesley... or, well, Ro I guess, but eh.