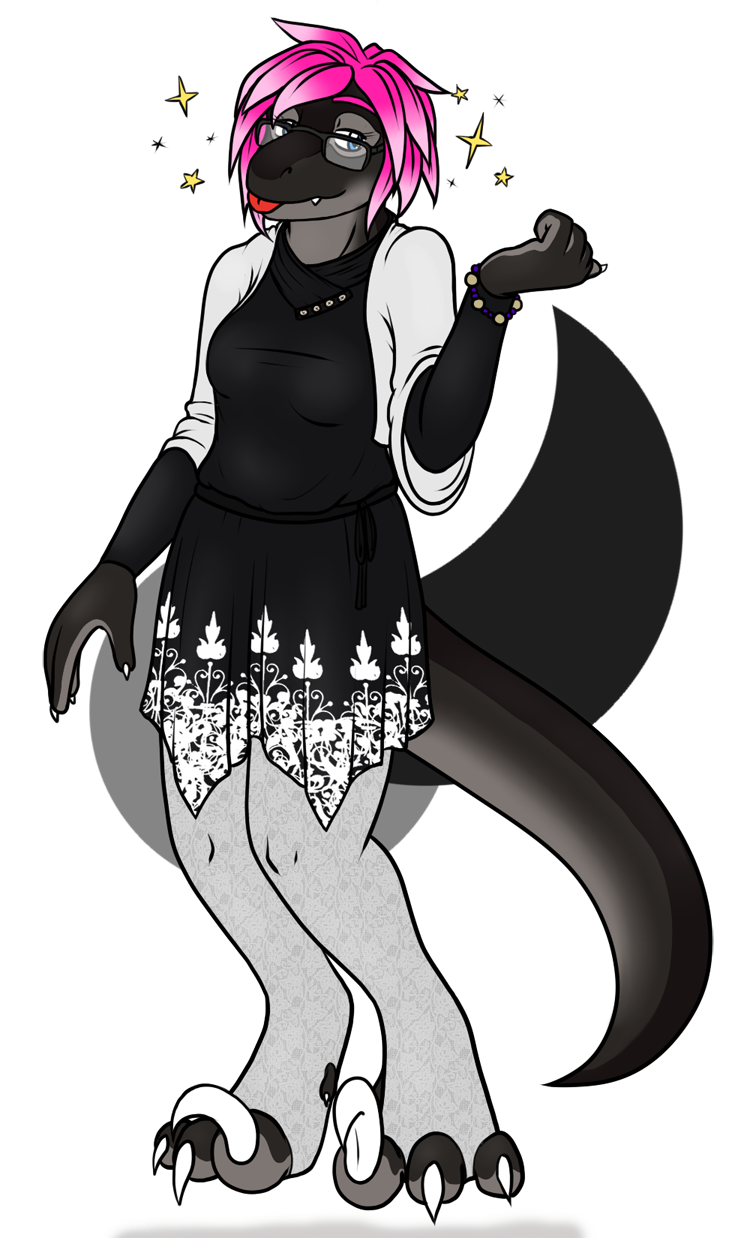 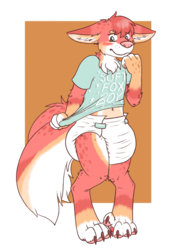 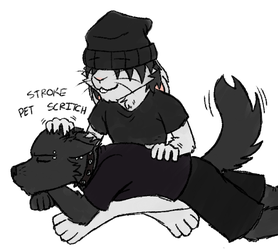 As per tradition, it's my birthday gift for

immelmann. Starting from the first one I drew in 2010, this makes this the ninth year and picture in a row!

Rebecca officially came out as transgender this year, so a pretty quickly obvious choice for a gift was to draw her new female raptor sona self. For the clothes, I took a look at her [url=http://a.co/2svA9U3]Amazon Wishlist[/url] since she had/has a whole bunch of feminine clothes on there she'd like to have, and I took a number of them for reference to put on Rebecca here. I don't know how fashion works, but she liked it a lot at least! :v Also used a different lineart style like I usually have been for Rebecca's birthday gifts the past couple of years, going for something that varied a lot in line width and having sharp points, to make for a more 'stylish' and maybe soft kind of look.

There's also this minorly-different version of her with her older red-colored feathers [url=http://furthiahigh.concessioncomic.com/rebecca_bday18.png]here[/url]. Those are her typical feather colors, but lately she's been rocking these bright pink ones instead, so I had the foresight to do both versions to see which she'd prefer.