My Darling Little Prince by QueenDanny 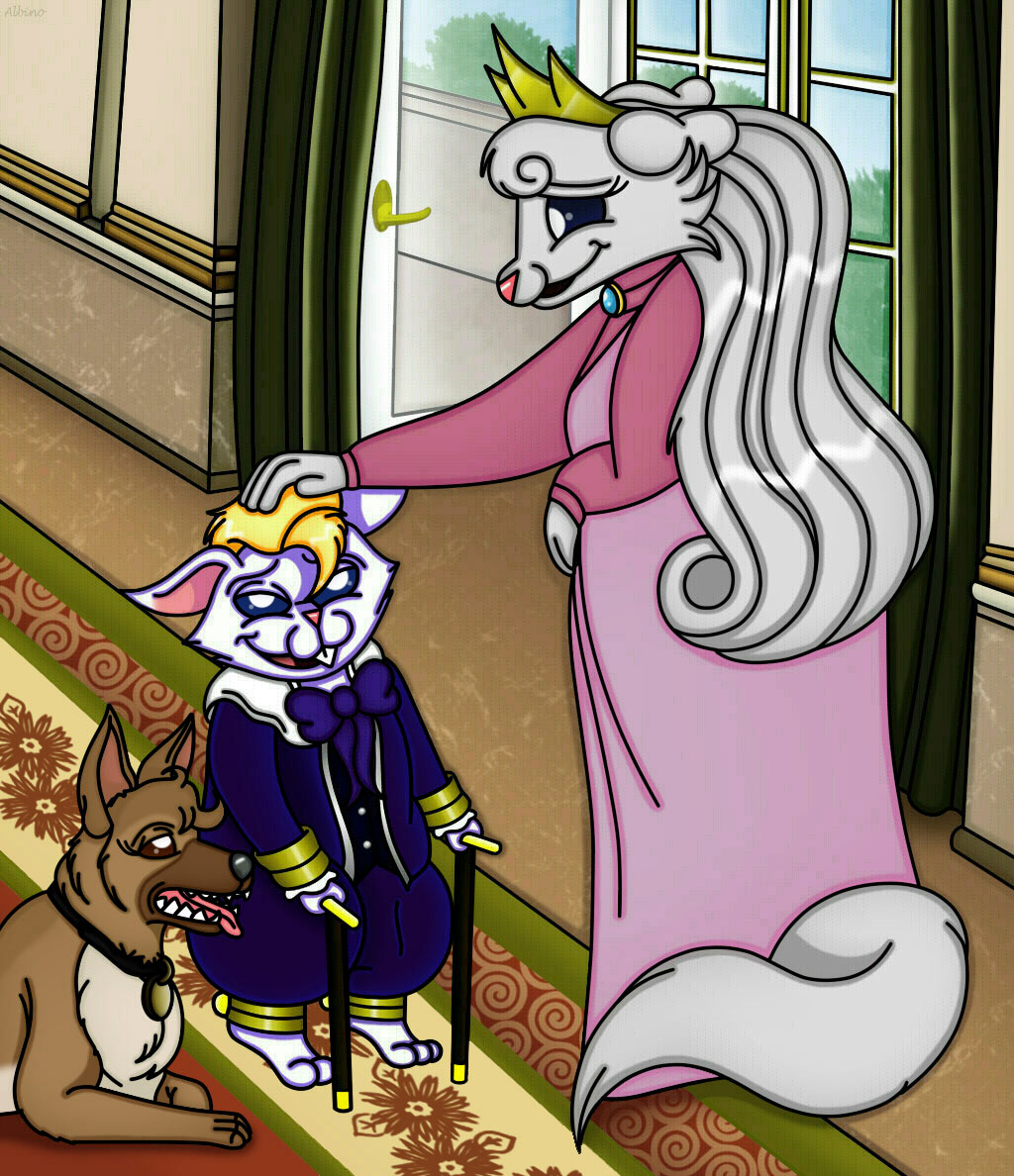 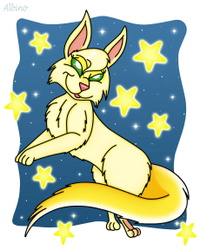 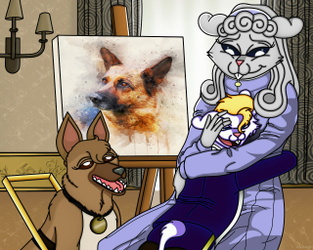 CHILLA: Adolf,? how would you like to come with me to see madame Butterfly Friday night.?

ADOLF: No thanks mother, besides I promised Dexter id help work on our science project then

CHILLA: well what if I took you to chuck-E-Cheeses afterward.?

ADOLF: * stares at his mom*

ADOLF: could I perhaps, have two Mega Rangers.?

CHILLA: Yes darling, you can have whatever you want.! * Chilla embraces her son in a hug

Adolfs Mother Chilla shows great deference to her disabled son Adolf, and has been seen on numerous occasions bowing to his will, constantly spoiling him rotten and giving her little darling anything his heart contents from toys, video games, And kosher treats like cookies & candy. It is seen that Adolf and his mother have a great bond with each other. Chilla praises her son by giving him a kiss on both his cheeks to show her affection. Adolf Is Chilla's favorite out of her 5 children & the child that she is most protective of. Adolf receives more attention then the others from His mother. Chilla is“a very soft and tender person”
who adores her son Adolf.

Adolf is the center of chilla's world . Even when she had 4 other children, Adolf remained Chilla's top concern. Adolf is super attached to his mother. And wanted to grow up to be a fine Bar-mitzvah.

She and her 4 other children doted on the young sick prince,
doing all of his cooking and cleaning for him with Chilla indulging his every whim.
Adolf adored his mother. And accompany her to the synagogue every Saturday for services.
& Jewish events. like Hanukkah parties & Yom-kippur feast.

Chilla refers to Adolf as " Her Little Darling"
Chilla rarely raises her voice at Adolf & becomes very dissapointed & depressed when she can't give Adolf what he wants. Chilla has also supposedly instilled in Adolf very devout Jewish morals & traditions. Always ready to Spoil Adolf,for whatever her little darling wants in exchange for his company. Even though she often acts nice to her son,she can be a little angry to him sometimes especially when she is worried for his safety.

She fears of loosing her only friend to his inevitable illness. & has made sacrificial choices and is willing to travel to the debthes of Hell in order to save her sons life from his fatal illness .(Chilla refuses to accept that there is no cure for Adolf & remains diligent & faithful on her quest to get her son well & find a cure for his illness.)
Chilla is very attentive to her son's medical needs & assists in his occupational & Physical therapy.
she bathes him & gives him his medicine.

(Adolf sometimes gets annoyed with his mother's continuous attention as he sometimes wants to do things for himself).Chilla even pushes Adolf around her garden in his wheelchair sometimes to get him out of the palace.

Adolf spends his childhood being– funded, provided for, looked after, and cosseted by his doting Jewish mother.”Chilla has spent more then Half a billion dollars on her darling little prince. neutering his genius level intelligence by approving & supporting her son pursue his dream of being an artists , inventor & successful prodigy. Chilla bought him a grand piano.for which he played lovely music for his mother. He drew pictures and painted pictures for his friends & family he was keen with his education & strived to please his mother with his perfectionism

Chilla was indefatigable in her care for him, wanted to comply with any desire he could possible have and did all to demonstrate her great love for him. and pursue his dream of becoming an artist & successful inventor & genius.

Chilla buys a pure bread German Sheppard for him. she named Blondi as a get well present a month after he fell ill with Polio.Chilla chose aGerma Sheppard Because it mostly resembled a wolf the iconic a Animalfor Adolf

in an attempt to lift his spirits & independence she sends Blondi off to a school
where the puppy was trained to be a service dog for the disabled Adolf.
Blondi goes everywhere with Adolf.

She also gets Adolf 24kt solid gold braces & crutches for him to help with his walking
in which she had specially made by an expensive jeweler.

she gets him a shiny blue scooter for Hanukkah

and has also planned an extravagant Bar-mitzvah ceremony for Adolf that costs 30.2 million dollars.

Chilla treats Adolf more as her best friend aswell as her son.
& values her time with him when her beloved Fuhrer is not home.
Chilla is usually left alone back at the palace where she occasionally gets Bord & lonely.
since she married Cain, Chilla's childhood friends from the synagogue & her private Jewish school don't come around her anymore & Adolf's company makes up for it.