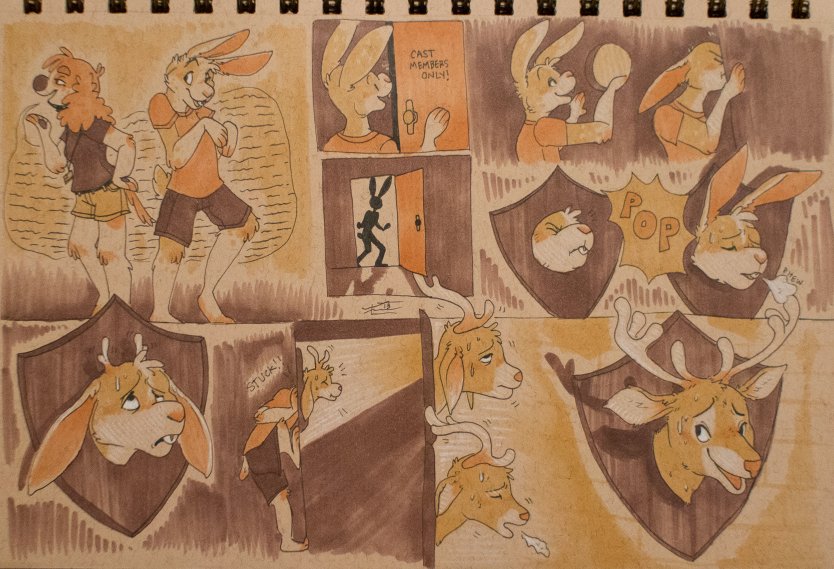 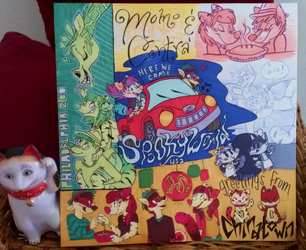 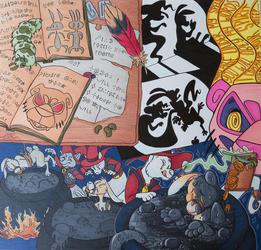 A tf sequence commission for flir! We're basically a bunch of Disney nerds and Frontierland is by far the household favourite of the lands at the Magic Kingdom. flir and cubi spent the entirety of their first viewing of the Country Bear Jamboree watching the mounted heads on the wall and quickly became obsessed, so Flir wanted this sequence to be done of flirbun turning into Max.

Andry just blabbers on and on outside the attraction while Flir wanders backstage and gets into trouble. I especially like the portion where Flir is sticking his head through the hole and it pops into place.