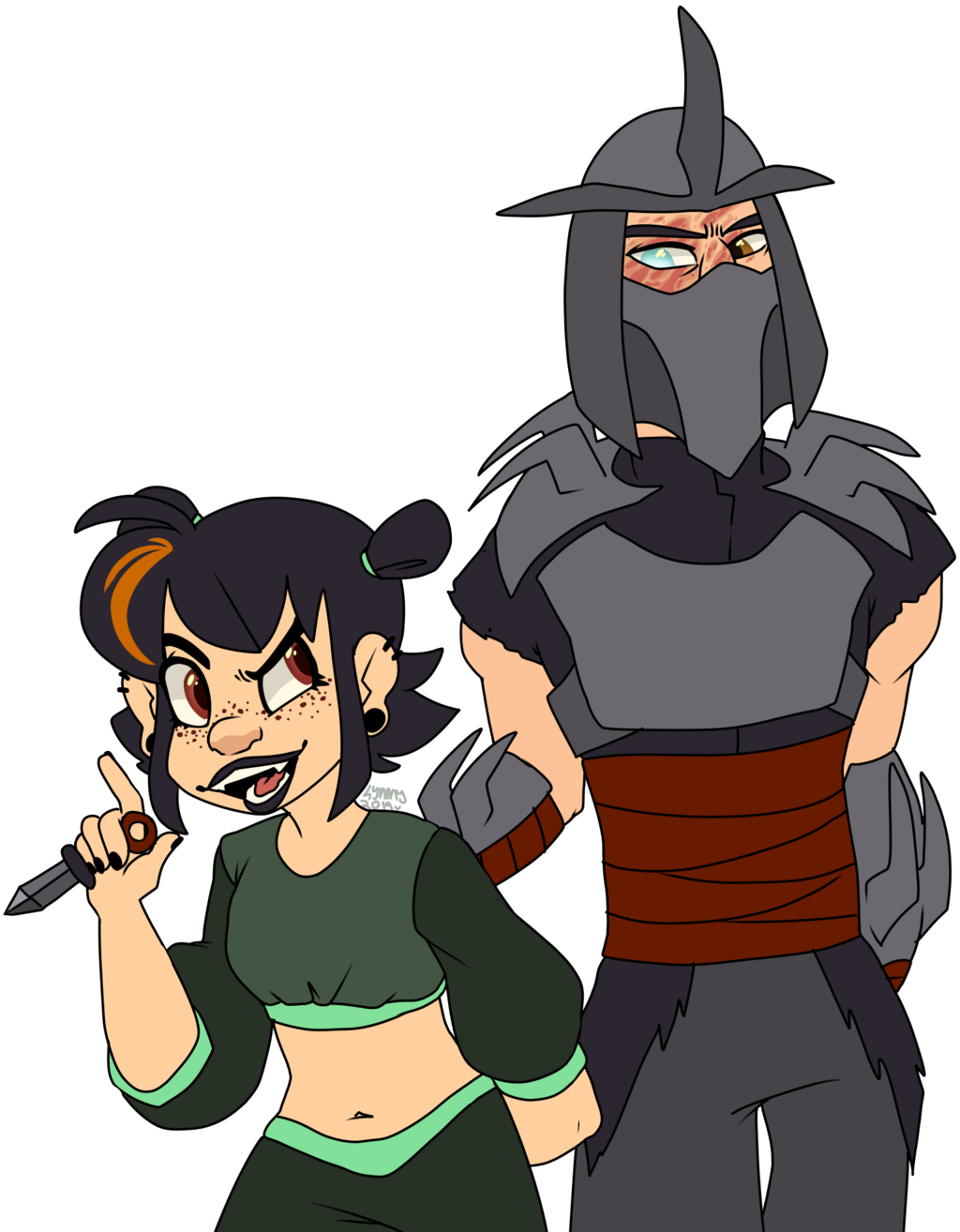 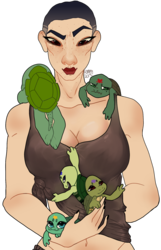 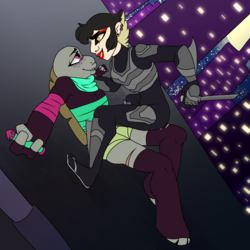 SAKI AND THE FOOT

saki had not died as his clan , brother , and shen believed . after his loss he fled to the place the object of his affection dreamed of , new york . he would start his own clan there and make his own legacy . after an afair with a russian circus performer he was left with a daughter of his own , pimiko . she was his closest possession and weapon , he would raise her to be better , better than yoshi and his clan however , to bake a cake some eggs must be broken , and if he wanted her to be indestructible he’d have to subject her to the kraangs knife , giving them the test subject they desired . a child whose dna was unstable and allowed her to painfully refert after every mutation  , giving her the option to fuse with others via mutation and heal herself but only at the risk of her sanity . the foot never noticed the patronus till later years when the turtles were raised and she had a small masked army , starting a rivalry that would tear their families apart .