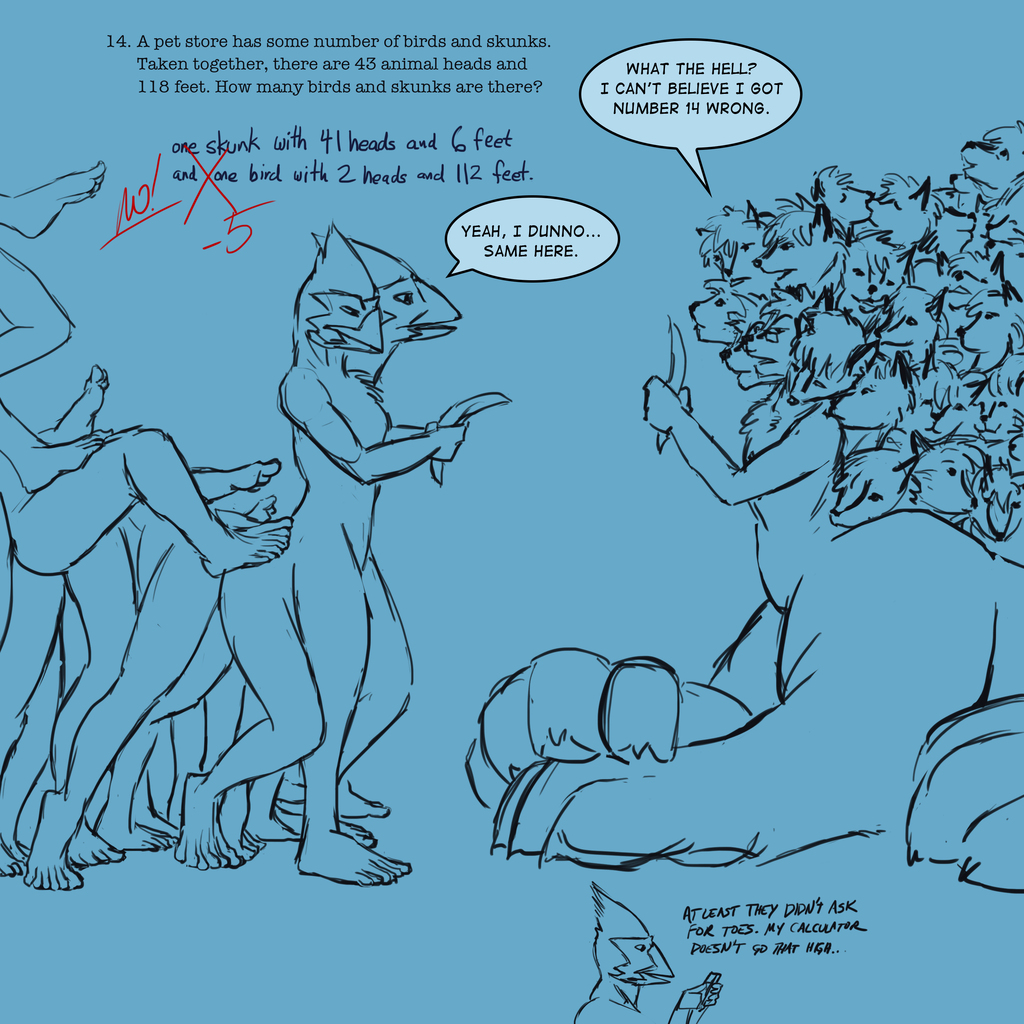 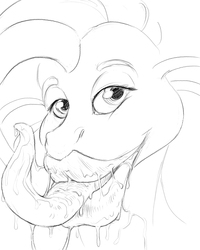 This is an idea I got after reading one of those math problems, where you're supposed to figure out the distribution of animals based on how many legs there are... Blugh, word problems.

Fortunately for Bobskunk, it's a fairly easy problem, but for some reason the teacher doesn't like that answer.