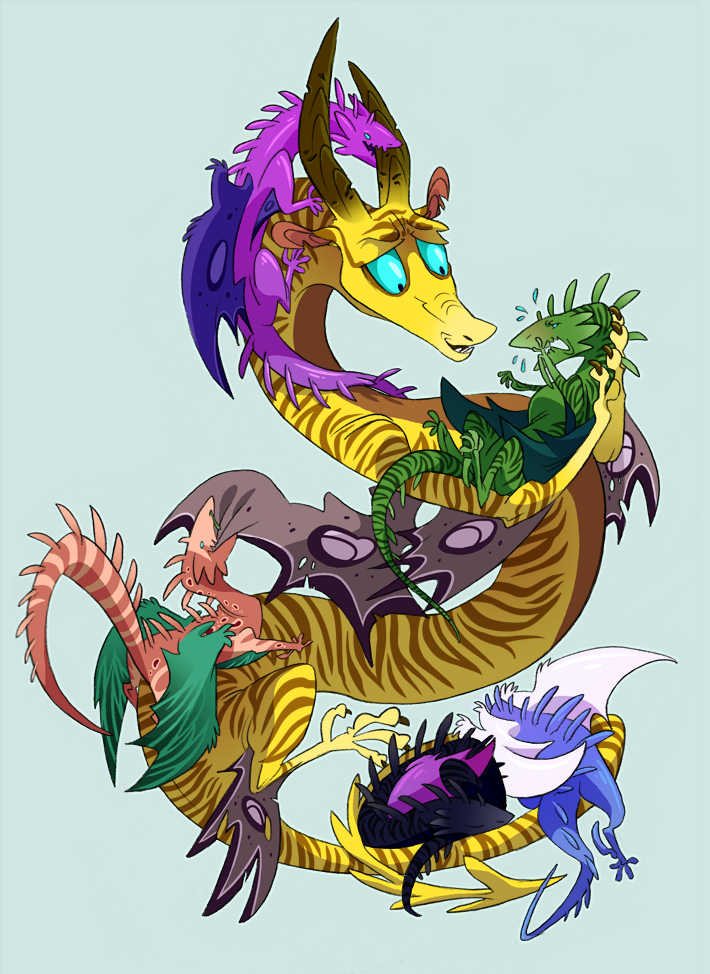 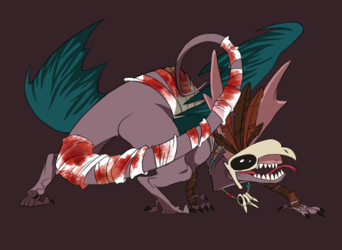 I bought Worm back when I first started playing, when I was desperate for genes and his name was meant as a compliment. Now that I’m livin’ large, he’s my most reviled dragon. I keep him in the very last slot of my lair, even after the constant stream of exalt fodder from my Ridgeback farm.

I don’t have the heart to get rid of him because I’ve started to consider him, like… the lair’s designated babysitter. He takes care of the whelps from the time they’re hatched till the day they’re sold, and it’s definitely not a one-dragon job. He never expected this level of responsibility, but with practice he’s gotten to be a pretty good surrogate dad.

He tells them there’s nothing wrong with being exalted, and that even though he’s never met him, Stormcatcher seems like a pretty good god to work for. And (if the nest isn’t mixed-species) that Boss favors Ridgebacks the most.

And he tries not to miss them when they go.