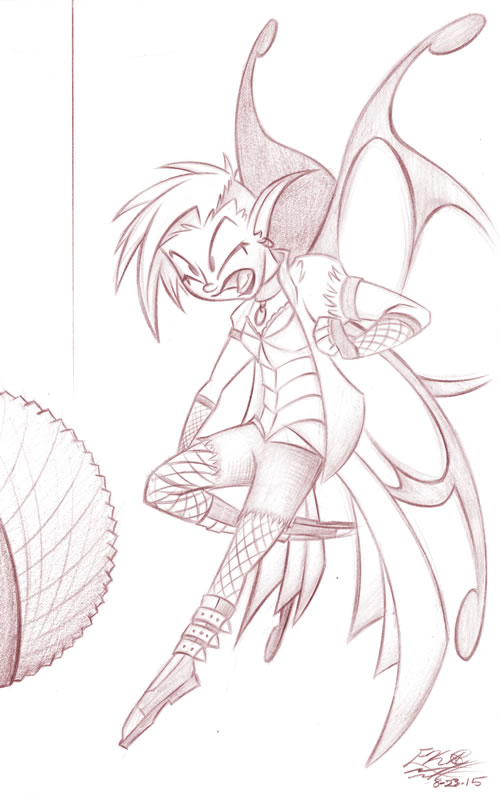 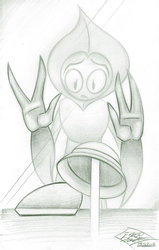 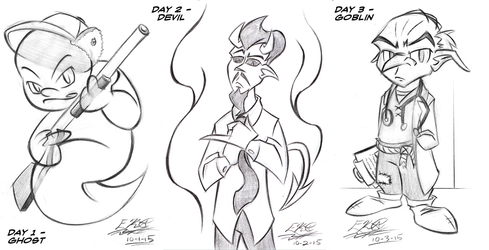 Recently, I asked around for suggestions for Monster Girls. A person on the Biff FB Fanpage suggested “Fairy”. Not one to turn down an idea I hadn’t tried before, I wrote it down and saved it for later. Some time later, I was watching Homicide Hunter and Lt. Joe Kenda was recalling having a suspect dead to rights on some evidence while they feigned innocent. He said (in the most beautifully sarcastic manner) “Did the Blood Fairy just come by and leave trace evidence on you?”

Instantly, I knew I had to do the most metal fairy in musical history. = )

Although I dig how most of it came out, I still need tons of work on drawing fishnets if I want to try pulling that off again. Too many angles to fake it and hope it lands right.