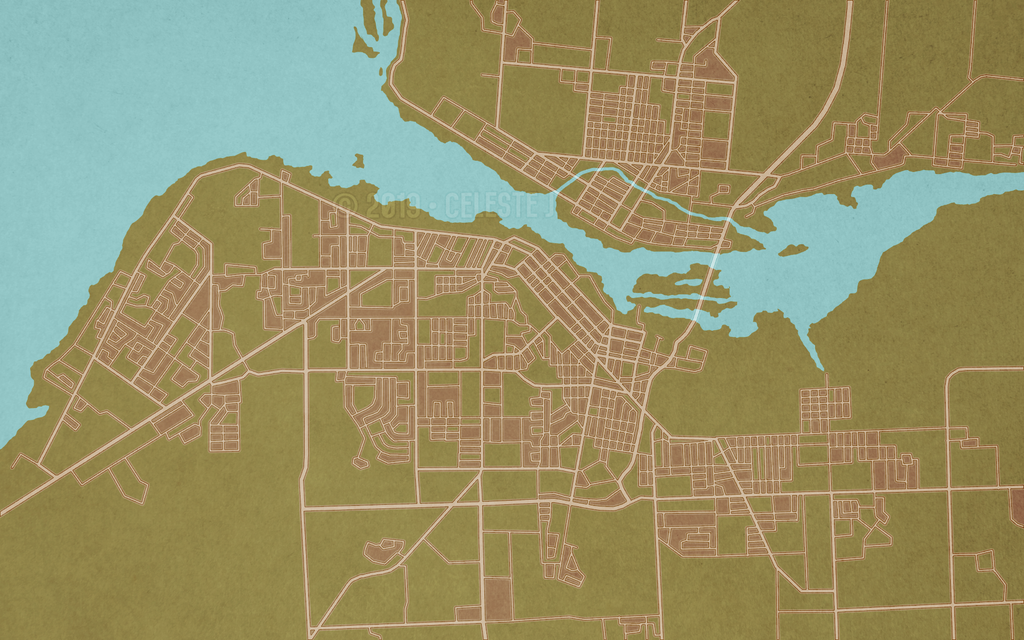 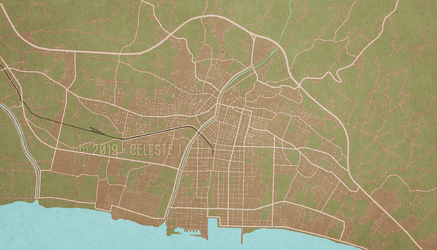 Another city map! This one is actually in a region that's pretty much 90% desert, but the people have found a rare oasis and settled around it to draw from this vital water source. The city is close to the coast, but just offshore are hoards of mermaids that threaten to sink any ship that comes too close. Though trade by sea is still valuable enough for some to risk it, the region relies a lot more on land-based trade and devote a lot of time and effort into maintaining and securing routes to a from the city. The desert is perilous and strange, with odd happenings, disappearances, and deadly manticores always lurking, but the roads are some of the safest to travel on in the world, as every trader is escorted by an elite force of armed guards. Given the capital city's reputation for high end trade, the journey is often viewed as high-risk, high-reward!