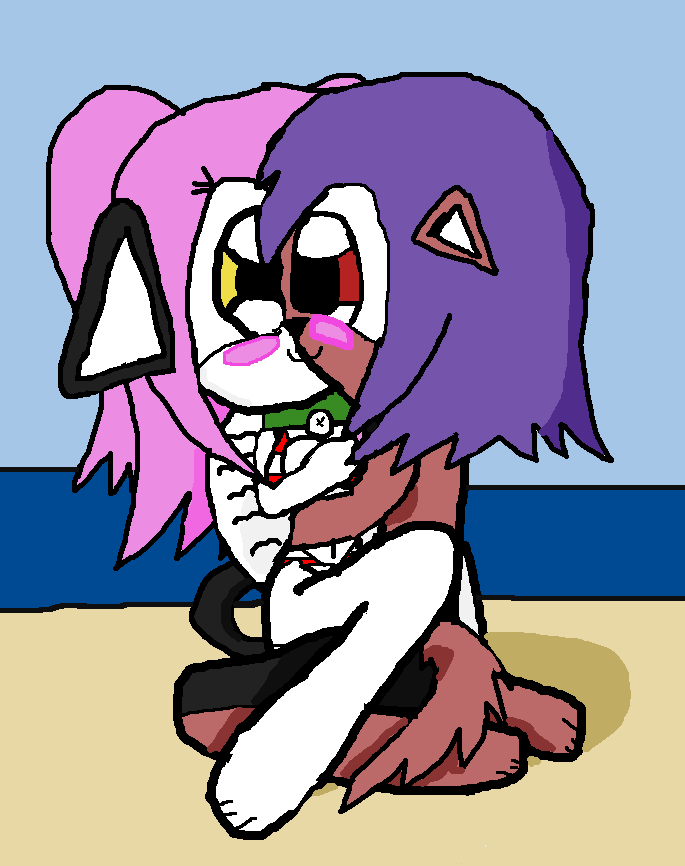 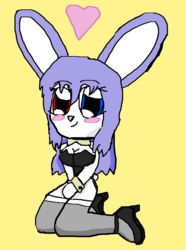 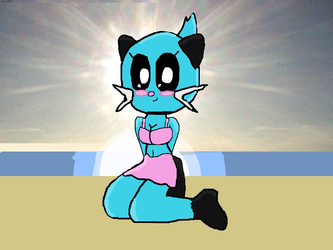 Just a little gift, for :"Roninhunt0987", on FurAffinity.

I drew our characters, in a beach pic! At least as friends just starting, to get to know each other. (Cera tripped, while falling into my coyote boy character's arms, by accident, as he fell down. They're also having a friendly conversation!)

BTW, as though it LOOKS as though they may be ABOUT to kiss, they're not. They're about to have a bit of a conversation. XD

(Plus, they don't know, that it's love at first sight, just yet!)

That user liked it, and thought it was cute!