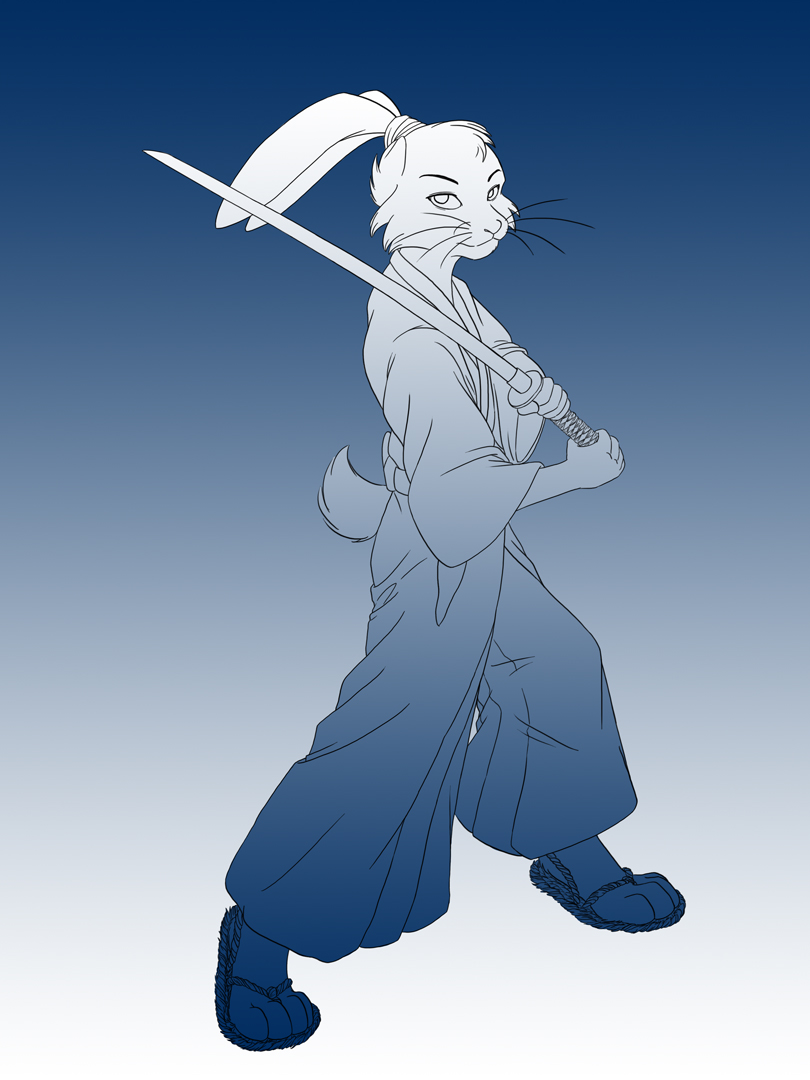 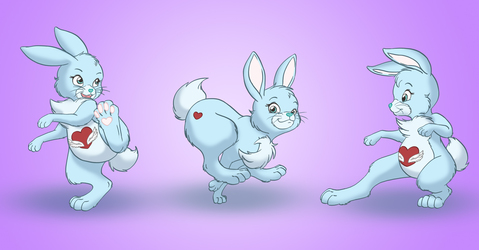 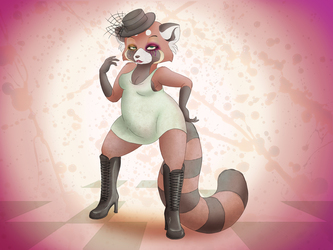 Honestly, I don't really know much about Usagi Yojimbo, other than the fact that the debuted in the 80's as the main character of a comic book series, and is partially based off of the famed Japanese swordsman, Miyamoto Musashi.

I have to say, I can't recall the fist time I saw Usagi Yojimbo. I want to say that it was an ad for the comics that i saw in the back of another comic book series. Then again, I think it was in an episode of the Teenage Mutant Ninja Turtles that I really caught my first glimpse of Usagi. Which ever it was, I kew that I liked his concept right off the bat.

There's something intriguing about taking a mellow creature like a rabbit and turning him into a bamf samurai (ronin for you picky mofo's).

As for the art itself, I knew that I didn't want to spend a lot of time on the image, not because I was being lazy, but because of the disconnection I have with the character. So I opted for some line art with a simple reverse gradient effect. As mainstream as that is, I kind of like it. It makes me think he's standing in the snow at night. It just seems that a lot of samurai characters are given the traits of the ultimate warrior, and then coated with a sad, lonely dark side that is only revealed in their solitude. I can only assume Usagi reflects the same persona.

Maybe I'll just have to track down the series some time and read it for myself.