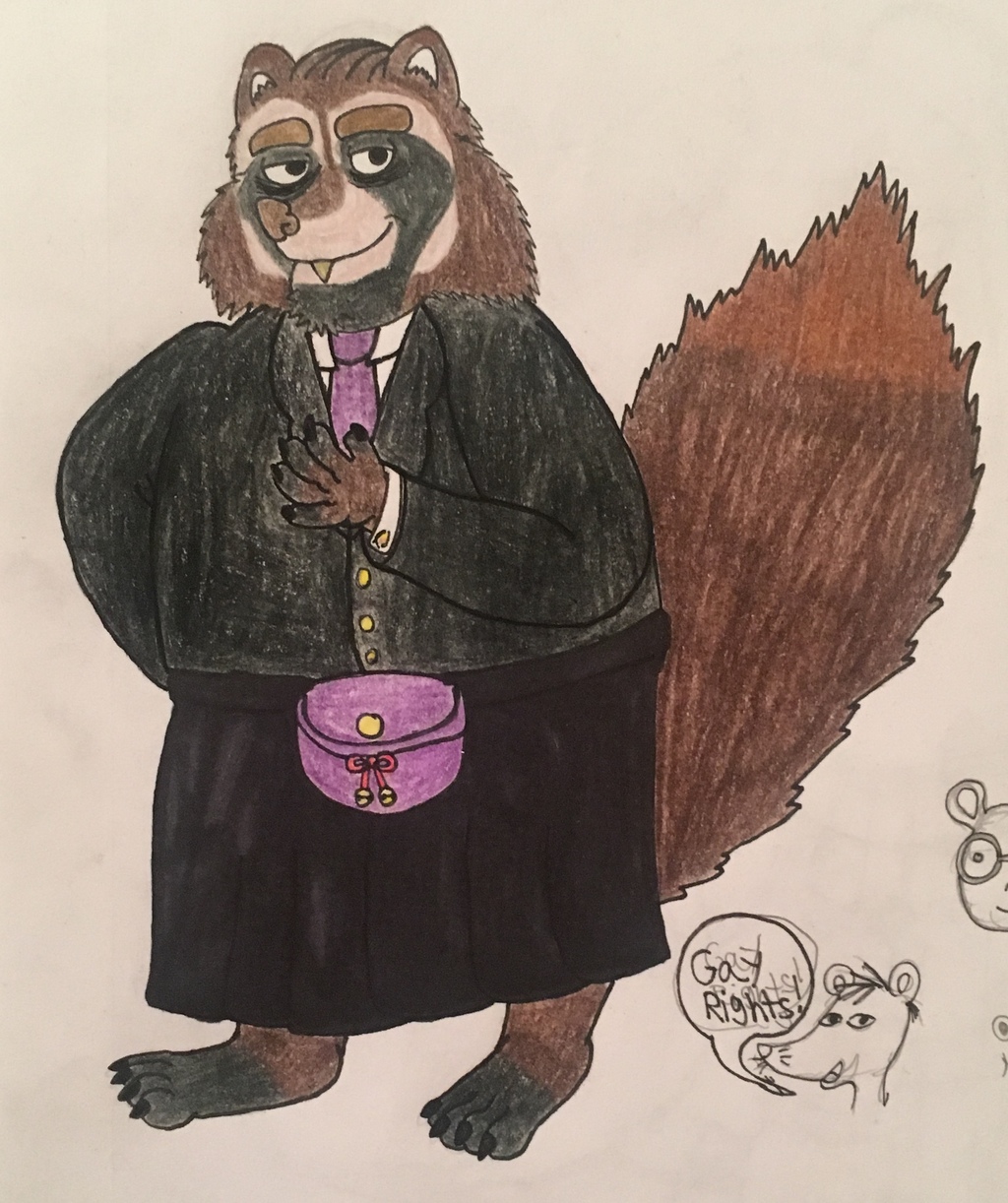 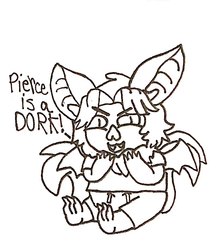 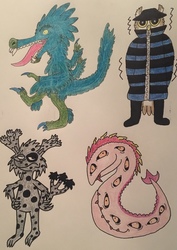 When I was in my 2D Design Class, when I needed a break from working on the class project I would doodle various things. One day I decided to design my tanuki oc Teiljo. Teiljo is the owner of the Celestial Spa that is in this weird in between of Ashbridge and Shefcaster. He is a big business man who enjoys making money which when he was around tanukis they never really understood him. At one point in his life he lost one of his canines (most likely from a failed attempt at tricking someone) and got himself a golden tooth to show how much money he was able to make to use it on something that is expensive.

Also, you can see a doodle of a partial Arthur and Ratburn saying “Gay Rights!”