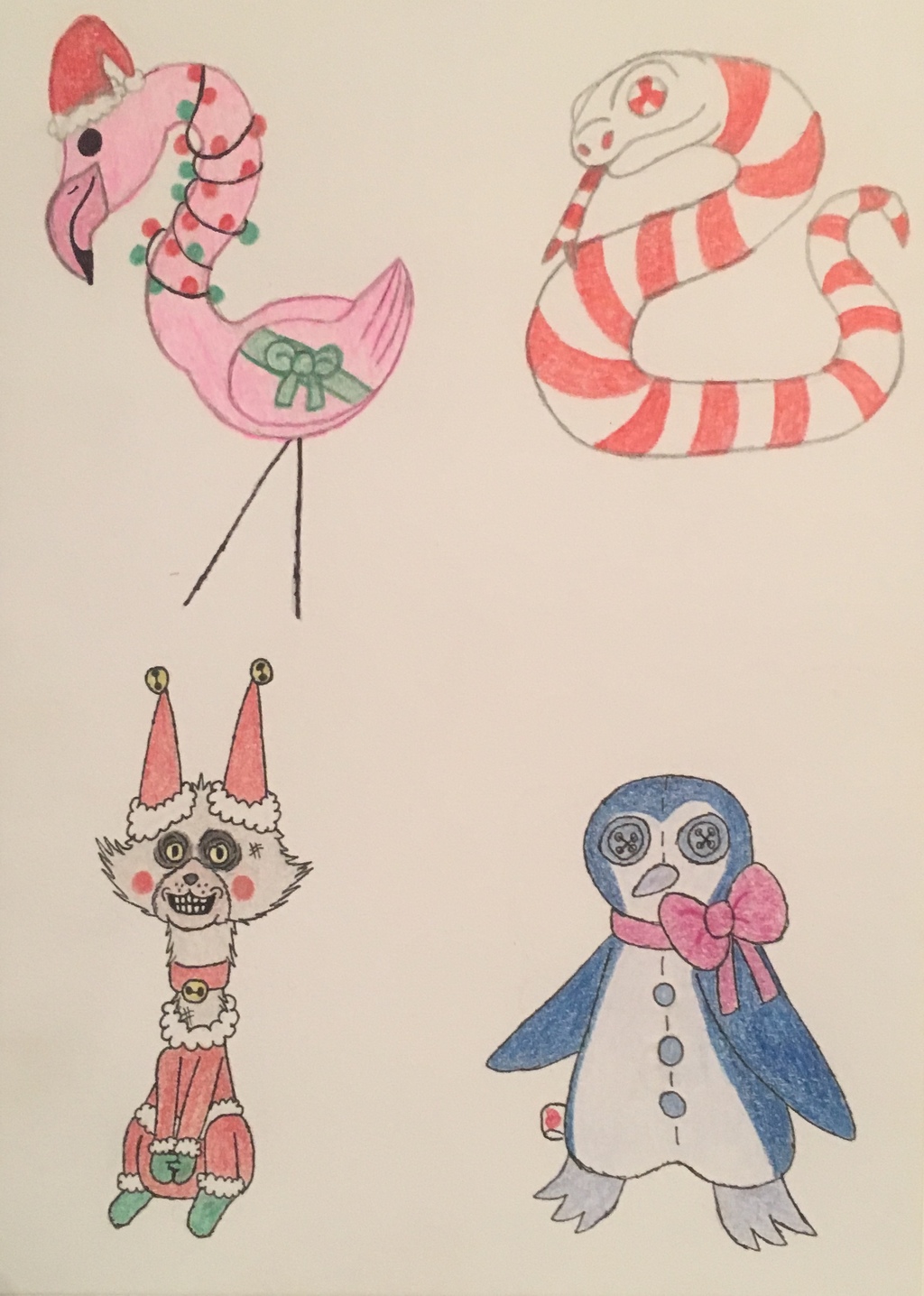 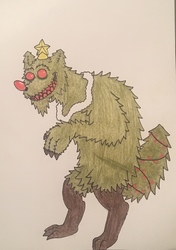 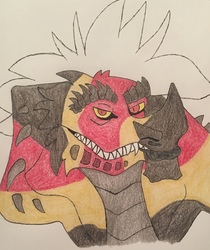 Originally posted on my art blog on December 13th, 2108
Festive Flamingo Lawn Ornament, Price: $10
This was once a normal Flamingo Lawn ornament that would be displayed on the front lawn during the summer. One year however, it was left out during the winter. Surrounded by bright lights, giant candy canes, fake snow, and many other holiday decorations. On Christmas Eve a miracle happened, this once non living lawn ornament came to life through the magic of Christmas. It loved Christmas time so much it wanted to be a winter decoration instead of just a summer decoration. It will be seen with a santa hat, holiday lights wrapped around its neck, and a bow on its wing. They will hop around to different spots in the lawn in the late night so it is always on display at different spots (most assume it is the owner who moves it). It doesn’t like being put away because it knows that the holidays are over for the time. It likes being outside and showing their Christmas spirit.

Peppermint Snake, Price: $10
This cute little snake is infused with peppermint. With their peppermint eyes (that could hypnotize), their red and white stripe pattern, that when you are near them they smell like peppermint, and that if they bite you they inject you with this peppermint venom that doesn’t kill you but gives you a sugar high. They don’t bite out of spite, they will only do so if you want it. They are quite gentle and friendly, enjoying being held and fed peppermints.

What on the Shelf, Price: $15
One night I was on my way home and when I got inside I felt like something was off. I checked the rooms and nothing seemed amiss. I then checked the living room to make sure nothing happened to the tree and gifts. They were all fine and when my nerves were calmed I turned around and on the fire place shelf I saw that. What at first I assumed was a really creepy looking doll turned out to be much worse. When I walked a little bit closer I realized its eyes were following my movements. I was startled, that thing is alive! I picked myself up and examined it a bit. It’s somewhat messy fur that had weird red marks on its face. Was is suppose to be like blush? Weird. The bright Christmas clothes that were meant to come off as friendly and cute but on this creature it just made me uncomfortable. Their teeth were just molars, no canines and that it was just smiling at me just gave me chills. Then their eyes, their sunken in yellow eyes that followed my movements were the worst part of this thing. I couldn’t figure out how and why this thing was in my house. I tried saying hello and asking some questions but no response. It just stared at me, breathing. Part of me wanted to pick it up and take it outside but I was too scared. I was afraid what would happen if I tried moving this…thing. I tried ignoring the creature at first which didn’t work. Whenever I would be in the living room putting down new gifts, walking through to go to the kitchen, or if I was down there reading that thing would stare at me! What is this thing? Where did it come from? Why is it here is my house?! I don’t think I would ever find the answer. Whenever my friends or family came over to help with Christmas decorations or just try to hang out they saw it and it would bother them. They couldn’t be in the same room with it. They would leave as soon as they arrived. I was miserable, I thought that I would have to deal with this thing forever. But when Christmas day arrived, I got up went downstairs fearing that thing’s presence and it was gone. I checked all throughout the house making sure it wasn’t hiding anywhere and it wasn’t anywhere. It was almost like it was never here. I hope that thing never returns.

Little Blue Penguin Doll, Price: $15
This little penguin doll just wants a good home. They feel so cold, they just want to be held by someone. They are looking for an owner who’ll love them and dress them up.