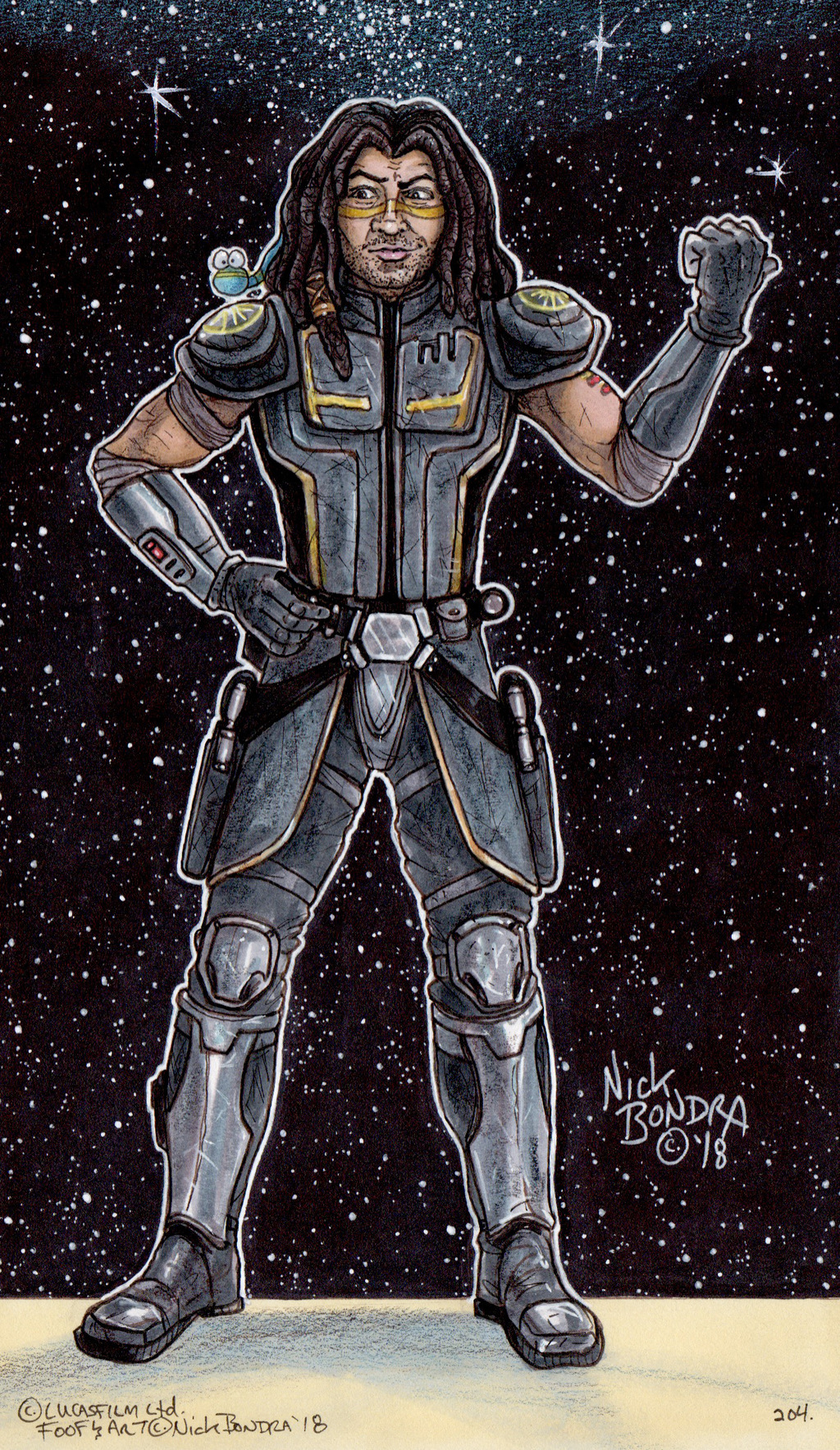 Here's Jedi Master Quinlan Vos wearing his bounty hunter gear from the unproduced Clone Wars episodes-turned-novel, " Dark Disciple ". Other than his appearance in " The Clone Wars " and " Dark Disciple ", I dunno a whole lot about him. He lived an action-packed life in the Dark Horse " Star Wars " comic book series though. Quinlan is actually in " The Phantom Menace " in the street scene where Sebulba threatens Jar Jar. I believe whoever created him chose a background character from the movie to be him. He's also name-dropped by Obi-Wan in " Revenge of the Sith ". He's said to be one of the survivors of the Jedi purge as well. I drew him in a fun-loving mood cuz he's normally like that when he's not flirting with the dark side of the Force. If you liked the " The Clone Wars " 'toon, read " Dark Disciple " by Christie Golden... if you haven't already. It'll make you smile with satisfaction. :-)