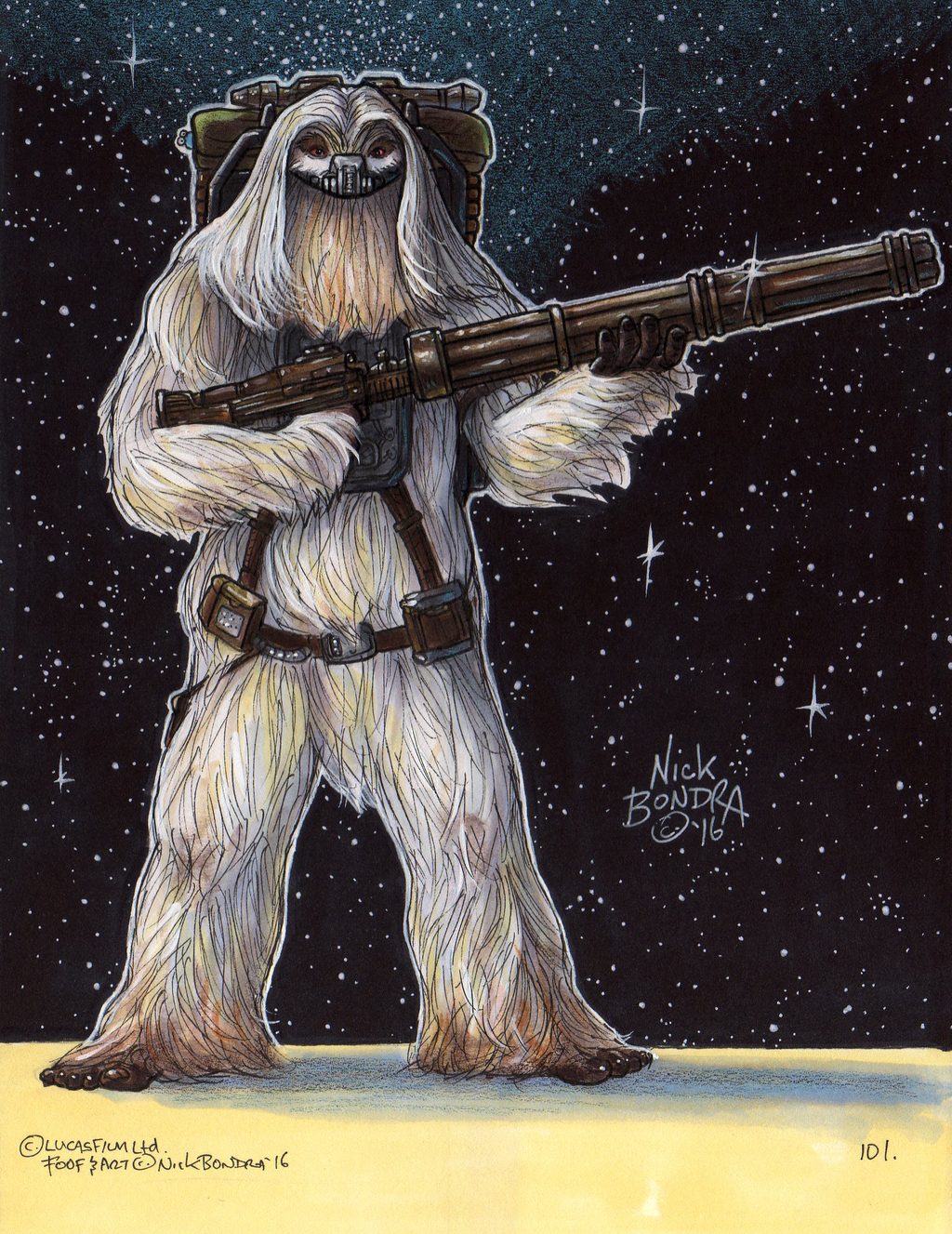 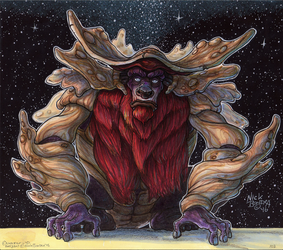 This guy is Moroff from the, as of this posting, upcoming Star Wars flick, " Rogue One: A Star Wars Story ". I know nothing about him except what the action figure package told me. He's a mercenary who likes his guns big. His species is called a gigoran. He wears some sort of thingie over where his mouth should be... my guess is that it's either a breathing apparatus or a translator. There's a teeny bit of footage of him being filmed running. He's like the modern day wampa... well, he looks kinda like one anyway. It's highly possible that he'll only have like a millisecond of screen time in the movie like Sarco Plank and Goss Toowers from " The Force Awakens ". We'll hafta see. Maybe I'll even remember to post an update after Dec. 16th. :D