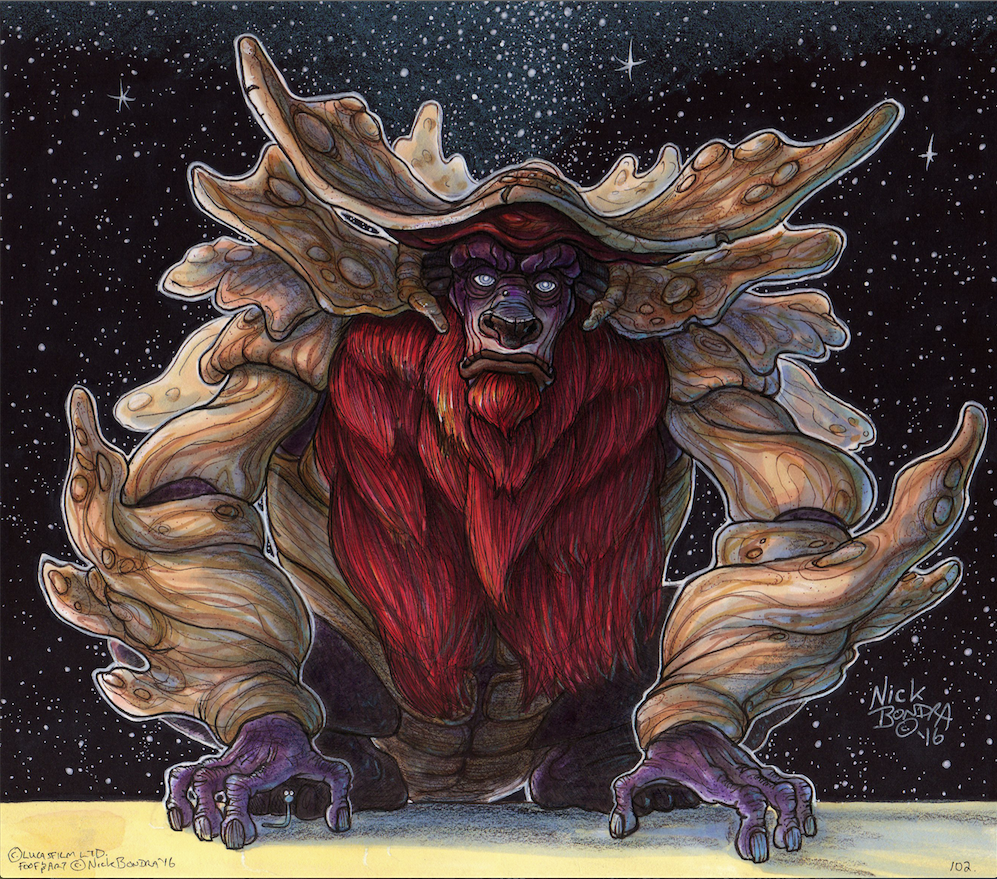 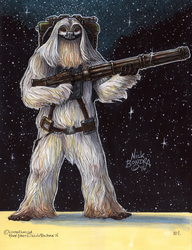 This is Bendu who is The Bendu and A Bendu... ( " A taxman or THE taxman? ... never mind ), from TV's " Star Wars, Rebels ". He's a " Force wielder " but represents the center of the Force not specifically the Light or the Dark. Blah blah blah. Watch season 3 of " Rebels " if you wanna know more. His voice sounded incredibly familiar to me but I wouldn't have been able to place the voice actor, even though I know who he is. He's voiced by none other that Tom Baker. * crickets * Tom Baker played the 4th Doctor Who. * raucous applause * He's actually quite large, about the size of Jabba's Rancor. So, Foof there, ( who IS hiding ), is about to scale. The Bendu has a mighty laugh too. Very mighty. Perhaps the mightiest.