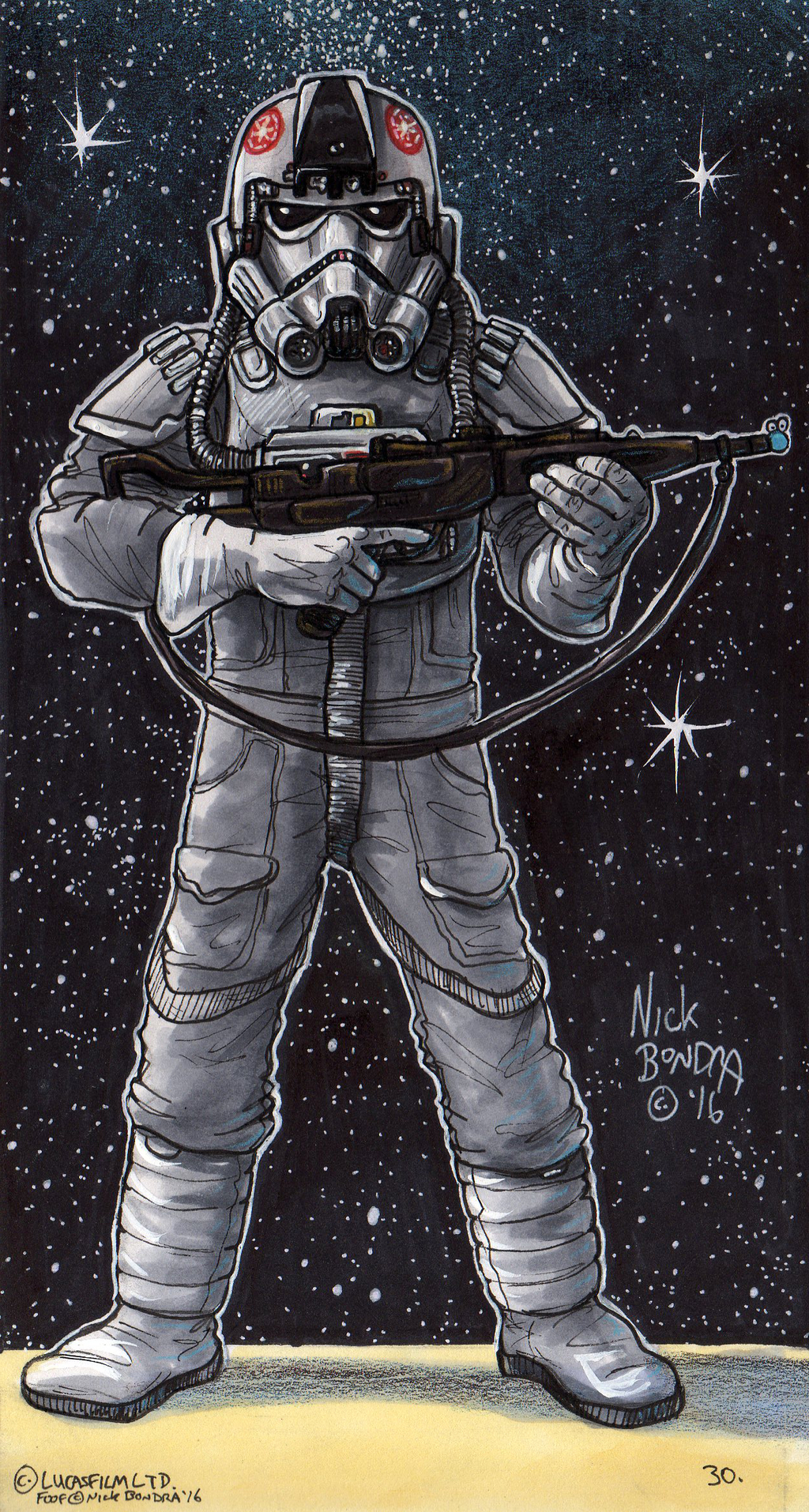 I haven't drawn any Imperial helmeted types yet so, here's an AT-AT Driver. He drives the AT-ATs, a.k.a. the All Terrain Armored Transports, a.k.a. the Imperial Walkers. Back in the 80's when things were fun, after I saw the first commercial introducing the new Kenner Star Wars At-At Driver action figure ( which was during Saturday morning cartoons ), I thought he was called the AT-AT DIVER and that he was some sort of underwater dude. He sorta looks like he's wearing scuba gear. Of course, back then, I kinda thought Kenner just made up new figures that were coincidentally also in the movies.