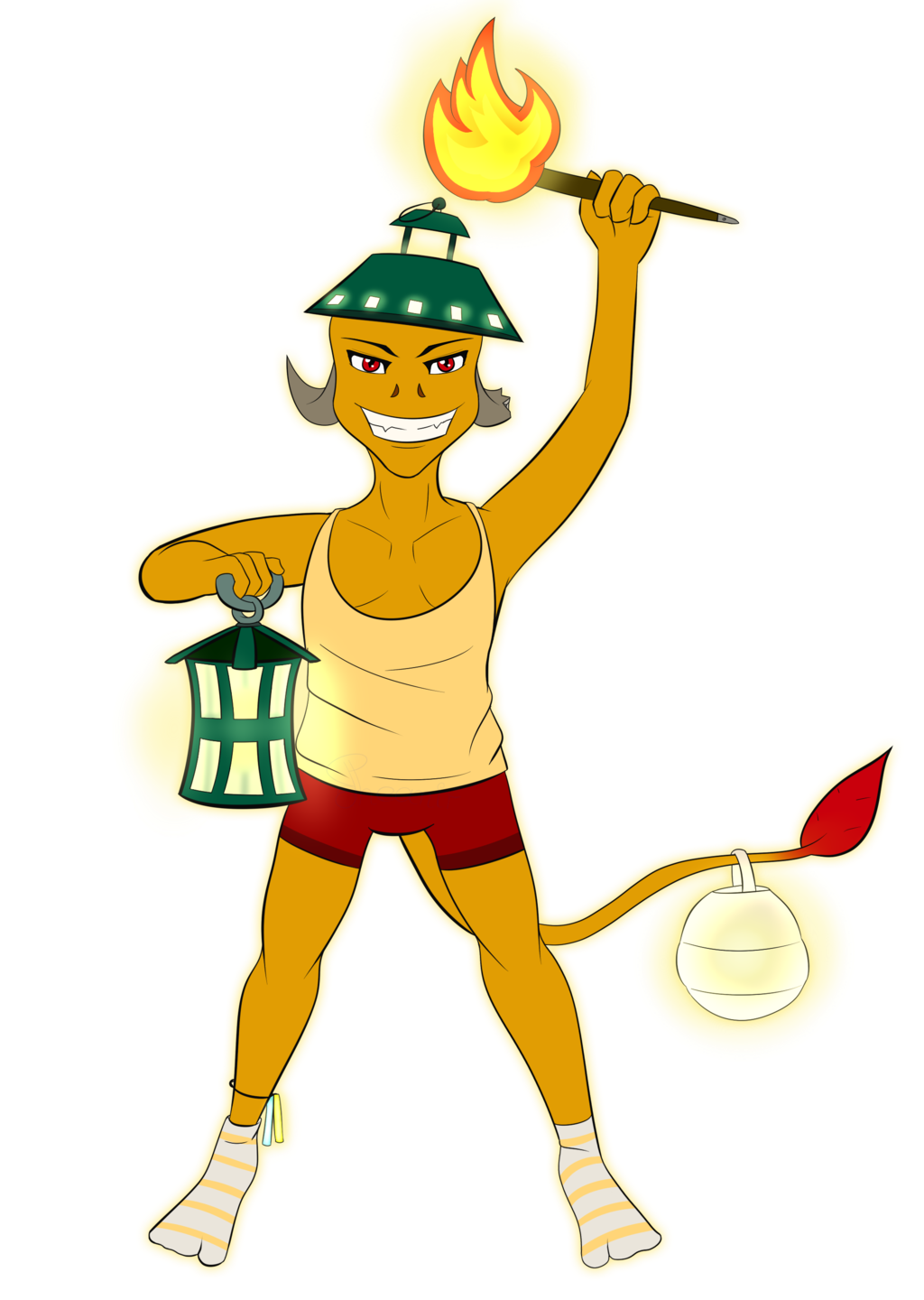 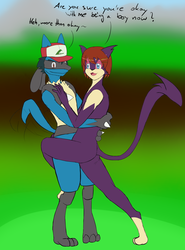 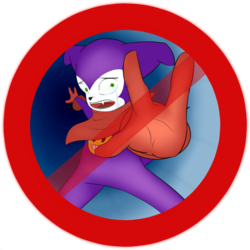 And finally, I can reveal the "last stage boss", "Hamilton Mander".
What do most imps like best? Playing pranks and causing mischief, of course. This one here is exceptionally good at this because of his ability: the manipulation of bright and dark (also in a metaphoric sense!).

Since he was the first imp I needed to draw - in order for me to use his silhouette for the music cover - he is... not as "fancy"? I IMProved my works while designing and drawing the other imps, so Hamilton is not very nice to look at.
Shouldn't mean that he is to be underestimated, he is a stage 6 (last stage) boss after all. ;P
And: He is the only one of the cast to wear some kind of pants...

He is the stage 6 boss of my current music project. (As usual, the project is originally inspired by the Touhou Project.)
"CEoMI" stands for "Chaotic Empire of Mischievous Imps" and is a fun project of mine, which includes music - and this time also artwork in the form of character portraits.

In CEoMI an imp's power can be recognized by their names.
The more parts of a name there are the more dangerous they get (first name, family name, nobility title, etc.)

(His theme can be listened to here: https://soundcloud.com/pheanir/ceomi-stage-6-boss-the-ultimate-prank )

Artwork and character © to me.