.: The Druid and the Hellhound :. by Pattarchus 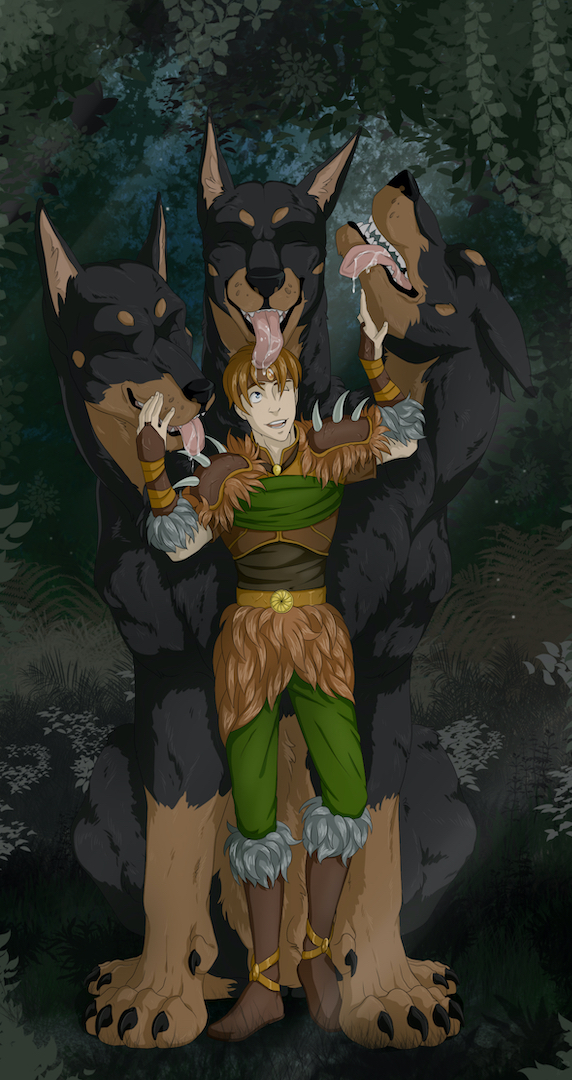 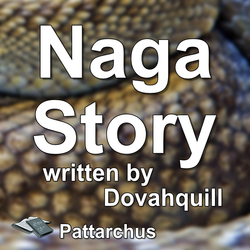 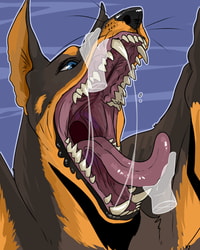 … it was this insatiable void that was inherent in all demonic beings. Brutally pulled out of the ethereal realm and reduced to a physical shape, their torment is unimaginable. Doomed for all times to wander between the realms. Homeless. Unresting. Calmless. They stand outside of time and space and will not be a part of reality as perceived by the people who are alive. Through the pain that this world inflicts on them, many of the demons became raging monsters. To preserve their own existence, they collected the life force of the living. It is the only essence they had access to. Arty knew nothing of all this. He was a young druid of the woods. It seemed that he could make friends with all creatures. He was not only a part of nature, he embodied all of nature's positive qualities. The love, the warmth and shelter. And so it happened that on this one special day, when the Druid met the three-headed hellhound, no harm came to him. He stepped up to the Hound, and spoke to him without any fear. His hands rested first on the massive necks of the enormous monster before him. Then without hesitation he stroked the fur of the Hound's heads. The Hound shook those heads one after the other in confusion. Something was happening inside him. He looked at the druid laughing and happily pressing himself into the black fur of the hound and stroking him some more.

It was so peaceful.