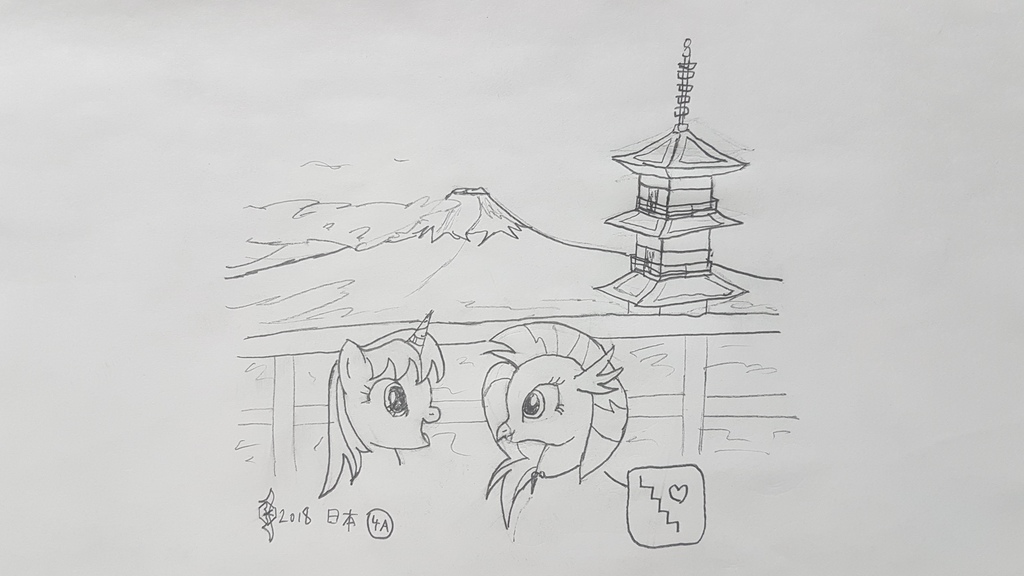 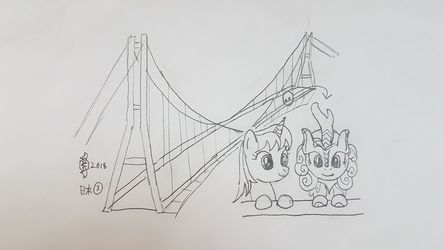 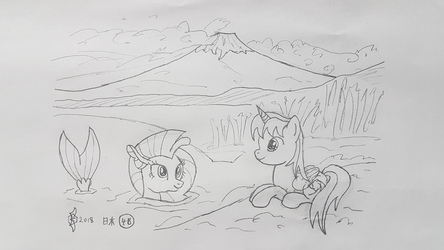 Parcly Taxel: The newer cities and towns of Japan have a different feel as compared to the older ones. They are wide-open with large warehouses or shops standing at prominent places in the road like intersections, ample parking space at or near those landmarks and little presence of public transport. These quirks are the result of a brief period of rapid expansion Japan enjoyed after its great war, where its population had both the zeal for the world at large and the means to import it. Fujiyoshida is one of those new towns.

Spindle: And still, perhaps under the influence of the old cities, which had balanced their approach to the new, the whole country did not blindly rush into the unknown. Rather, everything blended into an intriguing mix of the indigenous and the imported, a mix that characterises the way of life of contemporary Japanese.

Parcly: Mount Fuji was clear and the weather forecast was sunny, which suggested another vantage point for the crown of Japan's "Three Holy Mountains" (Sanreizan, 三霊山; the other two are Mount Haku 白山 and Mount Tate 立山). Many of the businesses around us were dead quiet because of end-of-year preparations – some close all the way from Hearth's Warming to the new year. Thus it was a short and peaceful canter from the accommodation to Arakurayama Sengen (新倉山浅間公園), the park containing Chūreitō and a prime observation deck on Mount Fuji.

Silverstream: I like this lookout, partly because the shortest route to it is a segmented flight of stairs at around 35° and (by Parcly's calculations) 60 m height, so over 300 steps. There's an adjacent ramp for accessibility purposes and for those who find stairs a drain on leg muscles, but Parcly and I weren't in either of those categories. A shrine lies at the bottom, where Parcly ritually cleansed her hooves before ascent.

Parcly: Conveniently, the staircase runs away from Mount Fuji, giving teasers of the beautiful cone every step of the way. Sakura/cherry blossom trees (桜) are planted at several spots; winter as it was, they were barren, but the flowers were budding and ready to blossom in the coming spring. One of those trees had been planted to commemorate the twinning of Fujiyoshida with Colorado Springs.

Silverstream: I was on top and awestruck before Parcly arrived. Many a hippogriff/seapony would enjoy both the uninterrupted panorama of the mountain here and its reflection in Lake Kawaguchi; it is a wonder revered by the inhabitants of both Mount Aris and Seaquestria. An expert photographer, a pegasus, in the meantime displayed his collection of photographs to any curious passersby, the subjects also including the Tokyo Skytree.

Parcly: The pagoda itself is a cenotaph, a memorial to Japan's war dead in the modern era. In central Canterlot we have a similar thing, but it looks like two pairs of chopsticks. A great deal of visitors swarmed the main deck where photos of Mount Fuji include the pagoda on the right side, imparting an "extra dash of Japan-ness", but far fewer ventured further up to another lookout where the pagoda is out of sight and the snow-capped cone stands alone.