Odyssey Of A Bear by pandapaco 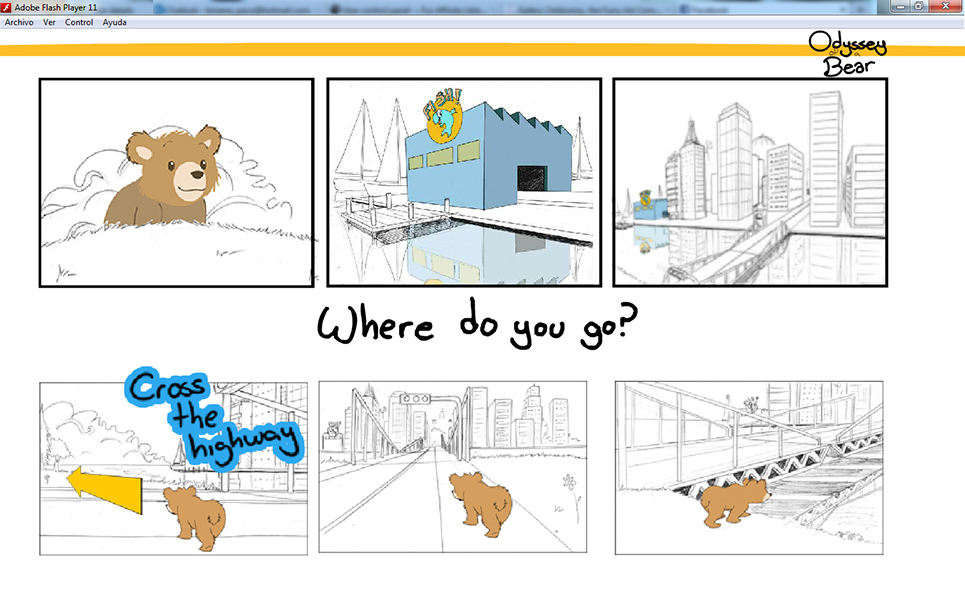 Odyssey Of A Bear

This is a screenshot from the interactive animated story that I just finished.

Originally was in spanish but I translated it to be shared and you can play with it, but was a problem, the file weighed 70 MB, so I had to optimized all the pictures and animation, but finally, without more options which reduce to the file weighed less, it finished at 36 MB. Was a problem because here on Deviantart can not share files up to 30 MB.

It doesn't have sound (just on the clicks). And if you played it once and want to play it again but you are boring watching the same animations again, you can press the right key from your keyboard and you'll skip them (Just click it once per animation, no more because more clicks at the same time do a strange problem)

Discover the 5 different endings and tell me which one was your favorite!! :D

So...if you want to play it, you can download it from here: