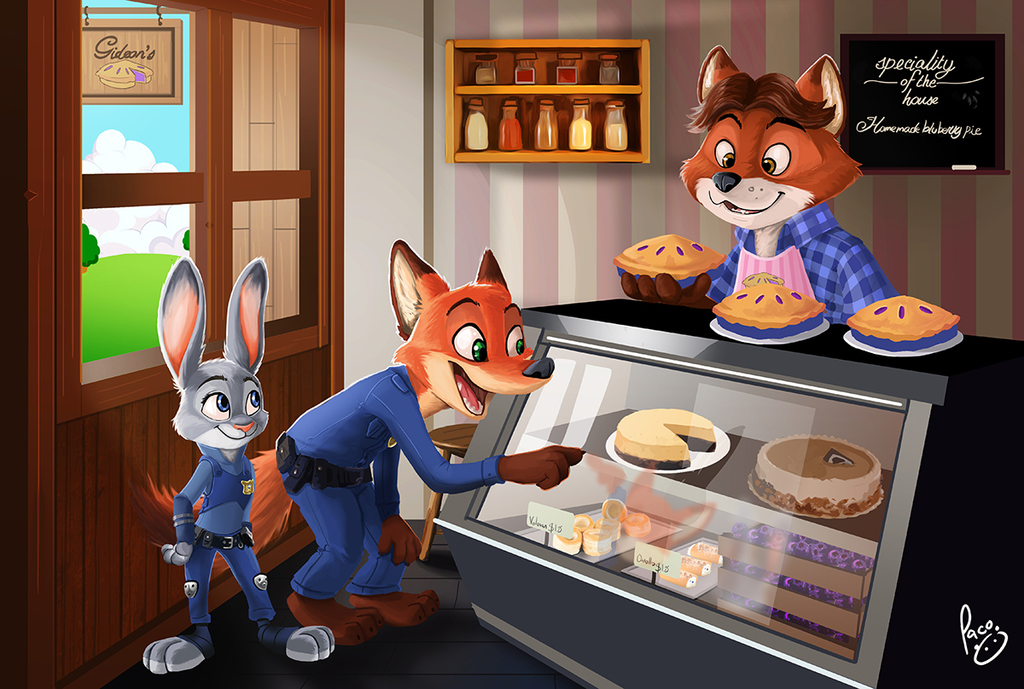 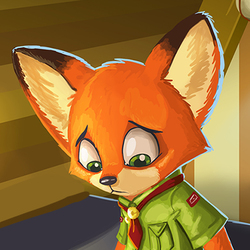 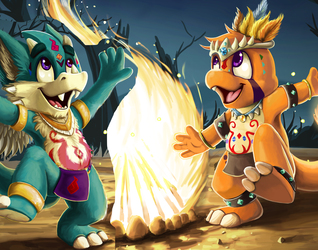 My third zootopia fanart. Until now I've seen it 4 times on cinema, and definitely I'm going to buy it on bluray. Disney is going to make me poor.

A scene I was working on while I was sick, instead work on my pending commissions as I supposed to do, I'm doing this picture.

Gideon, the fox's pies, was a very interesting character, and plays a very important issue that many of us may feel identified either side of him, or Judy.
When someone tries to snatch your dreams, but you keep going, and you don't care obstacles, those are which make you stronger.
Or when you look to the past, and you realize your mistakes, and you don't know if people that you hurted before will suffice for them a pardon, and if that forgiveness really interests them, or it's just to feel at peace with yourself.
The past is which molded us who we are, but ultimately are ourselves who decided what to be in this life.

If you want to be elephant, become an elephant!