Artist Type: Photographer
Current mood: pessimistic
FAQ:
Who are the characters in my avatar? : My three primary characters. Sebastian Sauerpüss the wallabameleon, Patrick Digby the Hog and Michael Sauerpüss the foxaroo.

Where do I live?: Sydney, New South Wales, Australia. I had plans to move to Canada but they were ruined when I was made redundant from my job in February 2014. Now I'm stuck here.

Age: Born October 1969 - Depending on your definition of the term this may make me a greymuzzle.

Do I draw?: Very badly. I've been trying to learn how for years. Here is my attempt at a webcomic. It didn't last long, but I plan to start over some day: www.foxaroo.ca .

What actual skills do I have?: I'm not too bad a writer, and a photographer. I'm also learning Inform7 programming (a computer language that allows you to create interactive stories).

Own a fursuit?: Yes, a partial of Michael - head, paws and tail.

Relationship status: Single and very much looking. Two prior girlfriends but no longer in touch with either of them.

Disabilities? : Dyslexic, and since April 2012 allergic to gluten (thanks to a botched medical procedure)

Most recent: Gina Gertrude One, or "GG1". Here posing by a river in Dubbo, New South Wales, Australia 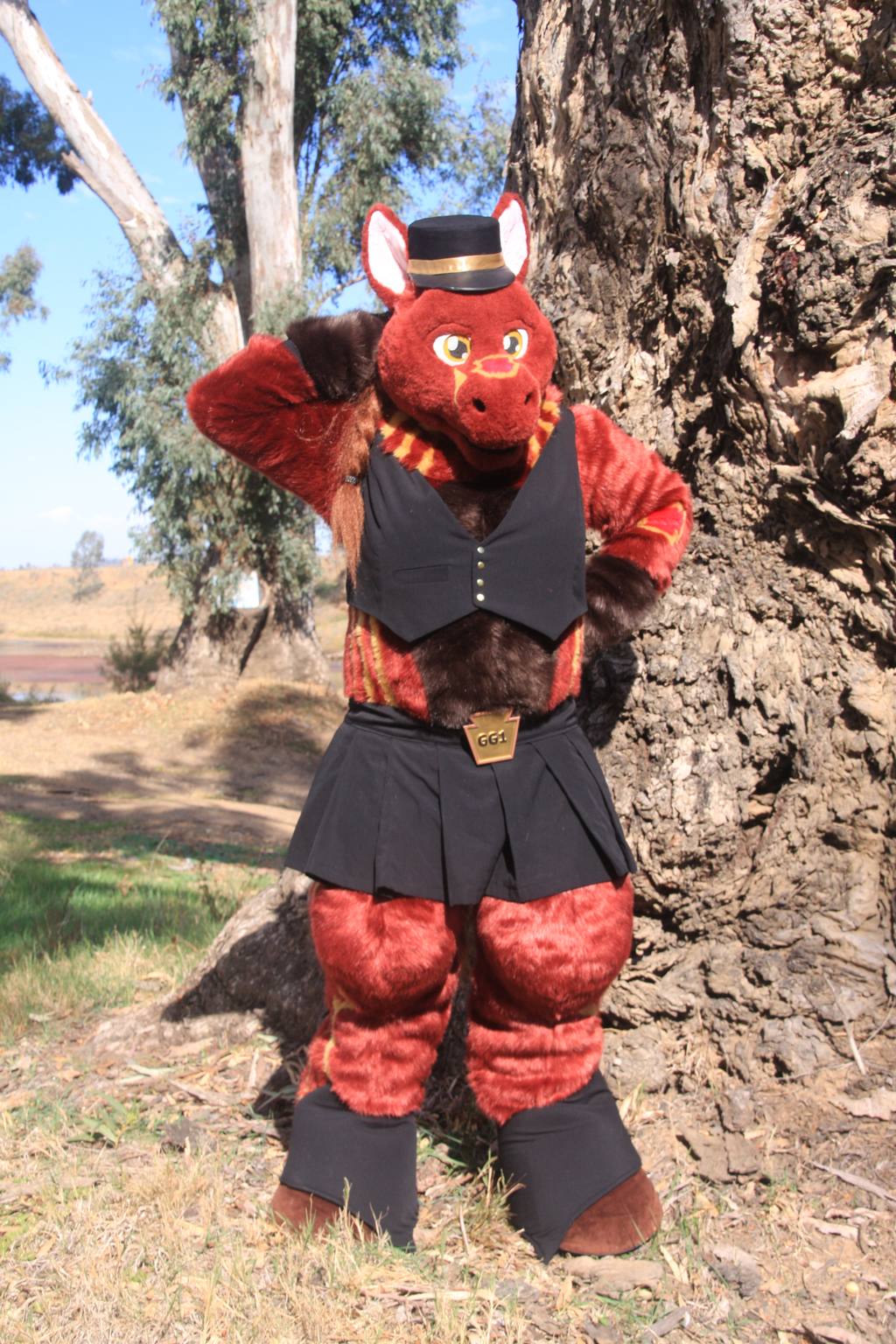 So I created a Weasyl account after the recent major DDOS attack on Furaffinity because I wanted a backup in case FA goes down again. Then just recently I found that my iPhone was no longer displaying images from FA, which means that I'm not able to show my artwork when I'm in a conversation with someone at social events. Seems that the time has come to begin mirroring. Here I go. I'll be uploading them in the same order that they appeared on FA.