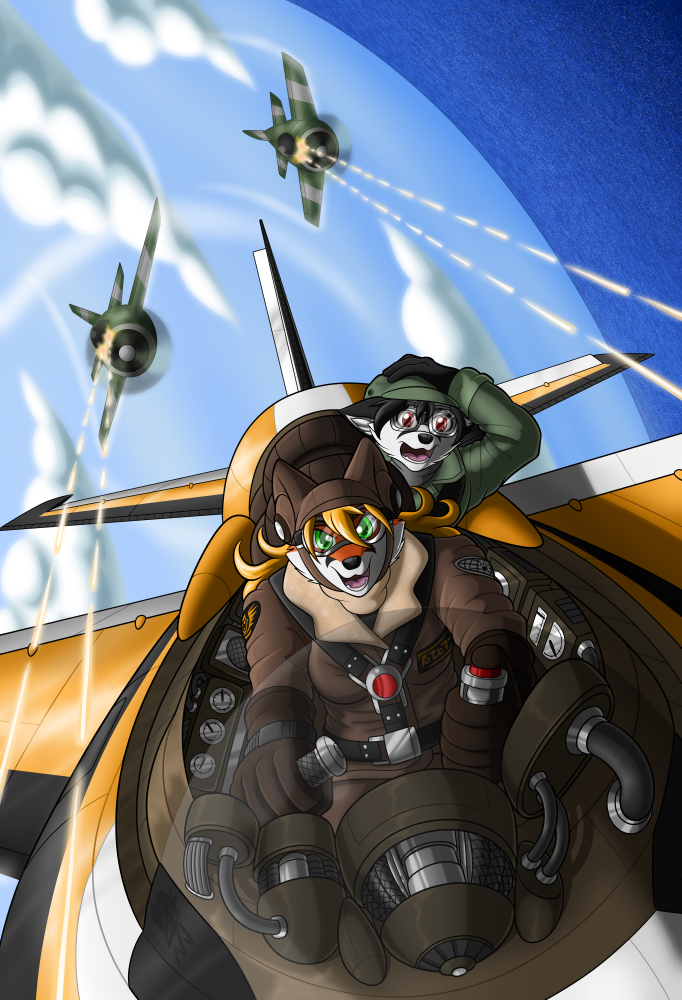 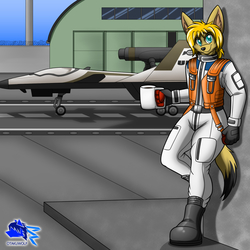 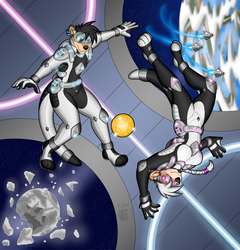 Ok, that was a bit thought on the spot, anyway, this is the first picture i want to bring to Eurofurence as a unique print on canvas.

Since this year theme is "Aviators" i thought to draw something related to it, like some chase/dogfight scene with some sort of cockpit view.
I don't know why but i imagined a scene of a strong vixen pilot with a geeky fox companion escaping from some bad guys.
Maybe they know too much ? Maybe they have something the bad guys want ? I leave it up to you ^.^

Even if the planes are unrealistic (but still inspired from actual designs) i tried to put a little bit of realism into the picture in some features like the position of the cloche matching the position of the flaps, the "smoke" on the planes wingtips, and i also tryed to give it the sensation of the "rolling scissors" manouver with the background and the plane smoke on the tail (pointed also by the tail and wings flaps position).