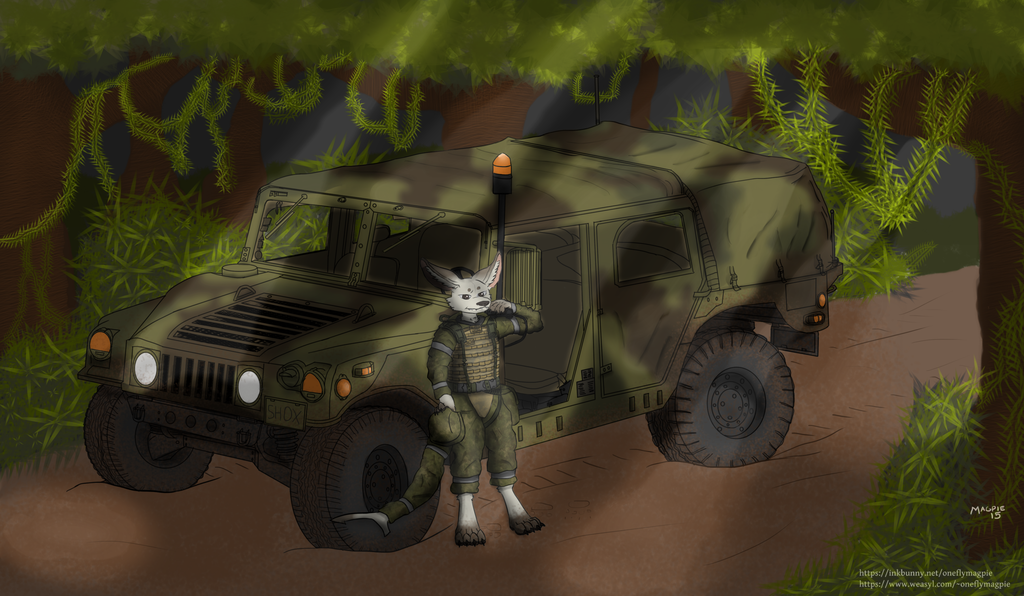 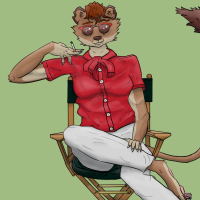 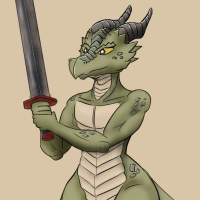 My second commission--and it was a doozy of a project. Vulp Selach, serving as an infantry commander in a classified jungle operation; caught in a somewhat candid moment for a snapshot while on a radio call. Vulp is a character of Wiggleshark ( http://wiggleshark.tumblr.com/ ) and is a shox--a fennec fox / blacktip reef shark hybrid; she's also a thoroughly military-minded individual and up to any tactical task!

Altogether, this piece took me just shy of ten hours to complete--and compared to what I was able to produce in a similar amount of time less than two months ago, I'm frankly pretty thrilled and quite proud of the results. This piece was also kind of enormous, so I had to shrink it by half to upload it.

As ever, I also made an animated gif showing a timelapse of the creation of this piece--it's a lengthier one given all that went into this, but I hope that you find it entertaining and interesting: http://i.imgur.com/g0ksodh.gifv