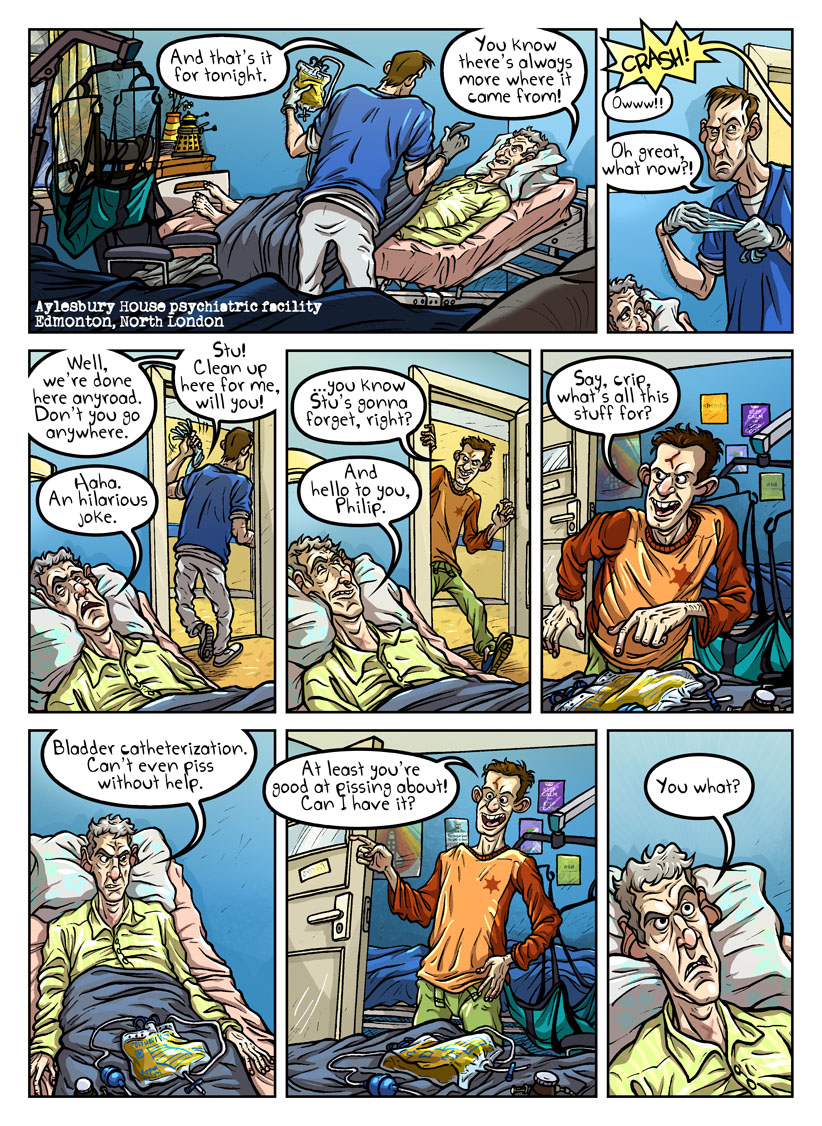 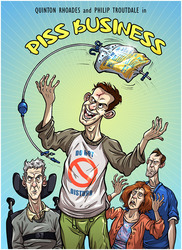 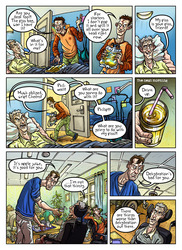 Many comic artists look for opportunities of fanservice and my characters are clothed and covered even when there is a legit opportunity. That said, adding a detailed scene of bladder catheterization would prooobably make the comic a page longer, harder to draw and even less SFW than it generally is so somehow I'm not sure it'd be worth it...

The two previous stories about Quinton (which you can find in chronological order here and here) pretty much build up to this one so you have some expectations of Quinton and some idea of his misadventures prior to that.

A short recap: had a fun rebellious life with various substance abuse, got in a car crash, became quadriplegic, gradually became more and more depressed, alienated his family and friends, attempted suicide, ended up in a psychiatric hospital that specializes on patients with criminal background.

During all that Quinton never stopped being a snide spiteful arsehole for longer than 5 minutes.

In a way it does feel weird finally sharing this - I've spent quite a while with these characters so by now I'm not even sure how they come across to someone who is not familiar with them. Oh well, there's a first time for everything.

I have to add that Philip is not Quinton's roommate so the posters on the other side of the room are not his. But the owner of them hasn't appeared in the comics yet so it doesn't matter much.