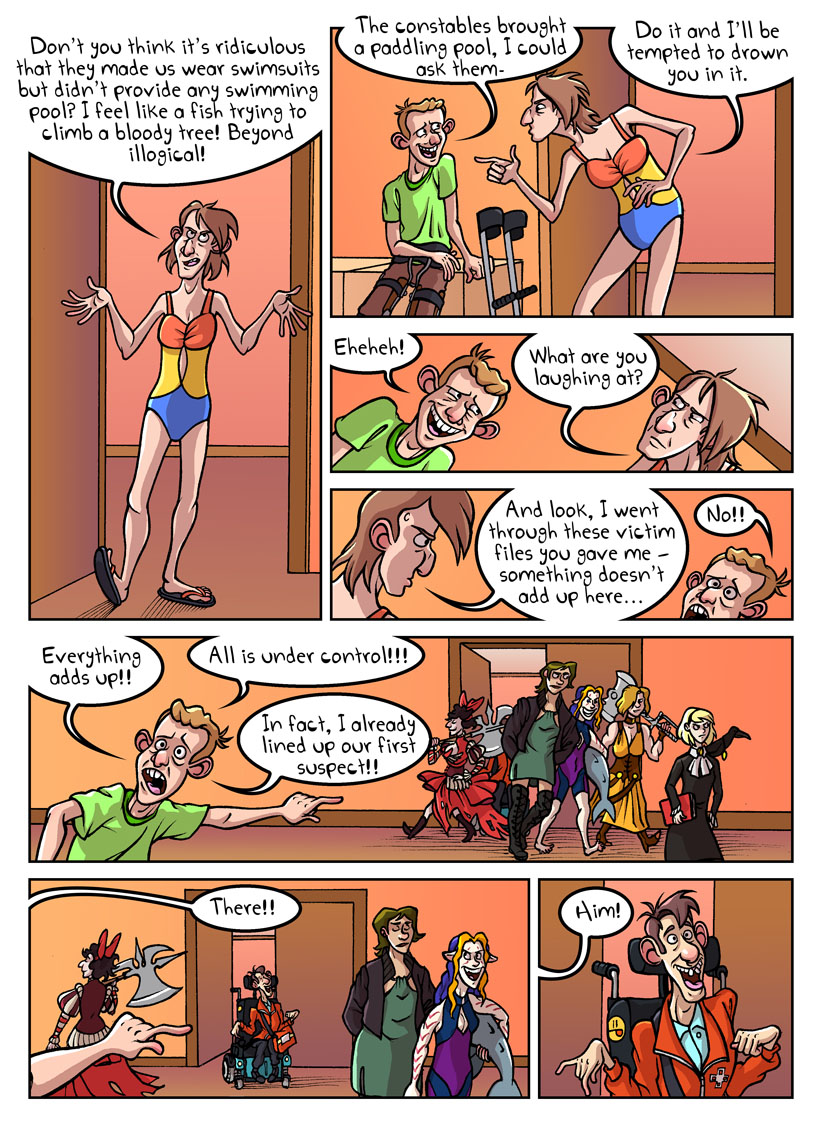 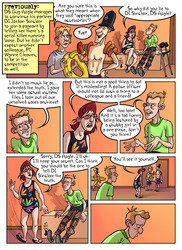 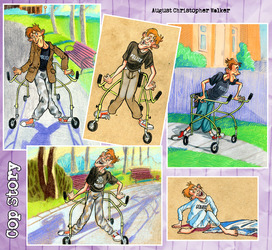 A comic I did for Miss OC Pageant, an art contest over at DA. The idea is drawing your characters in pretty outfits, but I had to make it more complicated as usual.

My headcanon is that nobody told the cops about all that frolicking at an actual beach because everyone thought cops would spoil the party. Come on, who ever wants cops at their party besides other cops?

This round is about confidence and Jordon has it - it takes some confidence to keep going through with something when you're not even sure why you need it and when something weird is going on. And Guy Hoyle should just get the crown already because it takes a loooot of confidence to accuse an innocent man of murders he did not commit.