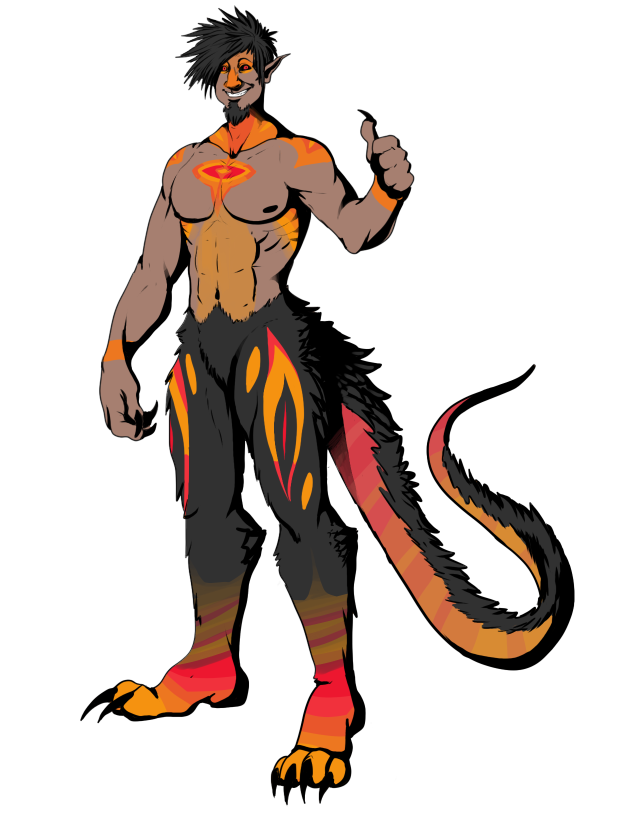 This is a very late/ early birthday present from Dragons-Desires and it's a sona. ouo;; He's a new species of dragon-hounds, which actually needs a name. x'D

A bit about him:

He's a fire/darkness element. He can control and summon flames, and control shadows. When used with another's powers, he tends to be the dominant. He can form shadows into hardened spikes, and create firenados.

He's studious. He's into reading books, writing, and watching mystery television, such as Criminal minds, and other crime based shows.

With the crime, he's a former mob boss. He did time in prison, for about 150 years, then was freed. It didn't change him in the slightest. And while there's a new mafia that has taken over his once prosper empire, he aims on taking it back. He's a strong fighter, fast, and street smart. And he plans to take back what was his....

He enjoys smoking. He tends to have a pack of cigs, and a lighter in his pocket, so when he needs it, it's there.

He watches after a hellhound/angel hybrid named Mavrik.

He works with Noobat from time to time. He likes giving Noobat ideas for stories, and loves to tell his own to the bat, whom he considers a close friend.

He also goes by the name Damian, when he's working undercover.

He can sing rather well. He's got a bit of a deep voice, but it's more dark and seductive.