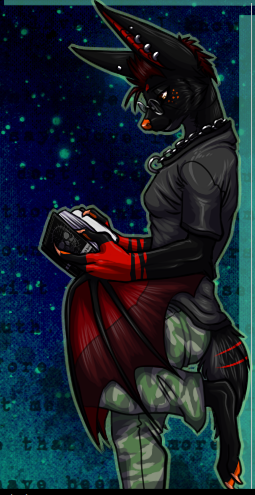 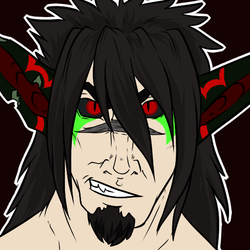 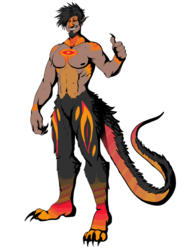 Here's something from my dA journal skin. ovo Tis Noobat. He's reading a book by Clive Barker, called the Hellbound Heart. ouo;; I own the book (though it's somewhere in the boxes), and I want to own other books by him. O: