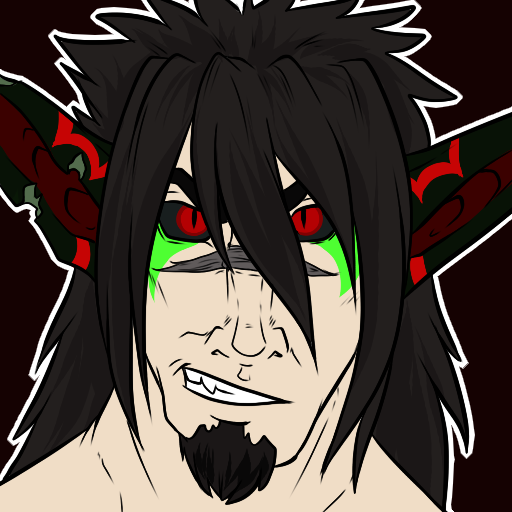 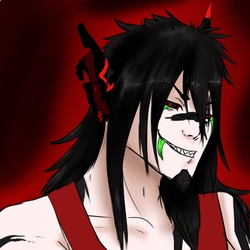 So I got this as a point commission on dA, and it was done by darkchime here (timetravlingtrilobte @ deviantArt). It's amazing! :D I'm really happy to have recieved it! OUO;;

Anyways, what IS Raziel? o3o He is actually one of the first tornraes. Long before they even discovered Planet tornrae, there were very few tornraes alive. They were experiments, being made to create a superspecies. Raziel is one of the first. He's got rather high intelligence, and speed, good at hand to hand combat and close combat, but not that great with guns. He's a dark element. There was one of each element: Dark, Light, Fire, Earth, Wind, and water. There are off shoots of each element, after they evolved, and started adapting to Planet Tornrae. Eventually, the original first tornraes left, and Raziel was one of them. He lives on Earth, working odd jobs.

Something in particular about Raziel, is that he eats flesh like a demon. He's called Bloodlust for that reason, as it's like a drug to him. Turiel does not have that problem, but Raziel does.

Raziel also loves reading. He's got a library of books.

Raziel has a scaled tail, with fluff on the end and along the bottom and top. This fur sheds every winter, and regrows in the spring. The scales are fire proof, and cover his body. It may looks skin, but it's scales. o3o

Raziel also likes to teleport places. He's not one for walking.