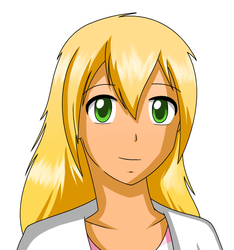 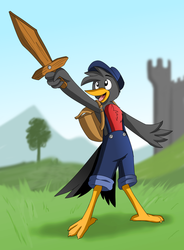 (Uploaded here cause of the furry characters involved. You're gonna have to go to DA to see this one in full size though: http://noelthechristmascat.deviantart.com/art/United-Heroes-628456608)

The biggest thing I’ve been working on lately and one hell of a project. I actually started this about a week or so before my hiatus, and I’m wondering how long it might’ve taken to finish if I’d kept at it at the time. Glad I held back and found my comfort zone first.

As an artist I’m glad to finally knock this one off my bucket list, but as a novelist, this is a bit larger a hallmark for me. You see, this is not just a picture of a bunch of characters I made up – this is a picture of all the main heroes or heroines from ALL of the stories I’m working on. Some of them you’ve already met, while some of them I’m going to keep a lid on for the time being and keep you guessing.

And yes, that currently rounds out to eight different stories I want to dedicate myself to telling. There have been plenty of people in my life who’ve unendingly doubted my ability to pull this off, mostly in my family, so it’s nice to finally flesh out some designs in an art style I’m satisfied with, and give people a glimpse into my hopefully future body of work.

I feel the need for just a little disclaimer: While I don’t want to talk at any length about these characters just yet, there is one in particular that we simply can’t escape bringing up – The mardigrah pride parade elephant in the room, third on the right there. It is seriously not my intention to offend anybody with that character if I give that impression! To validate that, I have three little facts to give you about that guy…

1: He’s a hero. I wouldn’t exactly make a character like that the hero of a whole novel if I wasn’t ok with it, don’t you think?.

2: He’s actually the star of a Jojo’s Bizarre Adventure Parody, which if you’re familiar with, I’m sure things have already started making far more sense to you.

3: He’s straight. … Yeah, nobody else believes me either.